Sponsorships with premiere league teams are part of a greater expansion strategy.

While online gambling is huge in Europe, it is by and large illegal in the United States, except for a few states.

Prominent new partnerships include Aston Villa and Leicester City partnering with Betfair, and Coral with Norwich City. The most recent betting company to enter into a sponsorship agreement with a Premier League team is Betsafe, which just entered into a partnership with Manchester City's men's and women's teams.

For sports betting companies, getting their name out their via visible channels such as co-sponsoring sports teams not only raises their profile, but foments expansion to other markets as well.

Betsafe was established and rose to prominence in Scandinavia. In 2011, European gaming giant Betsson took over Betsafe for approximately 60 million euro, setting the stage for Betsafe to be available in countries where Betsson already operated such as Germany, England, Finland, Lithuania, Norway, Poland and Sweden. The takeover also diversified the currencies which Betsafe could offer play with, expanding to the British Pound, Bulgarian Lev, Danish Krone, Euro, Norwegian Krone, Polish Zlozy, Swedish krona and the US dollar.

Now, the Betsafe name expands to its most prominent positioning platforms, on display in the Manchester City club's Etihad stadium and on the club's website, where exclusive promotions are being offered by Betsafe. Betsafe global brand manager Martina Brynielsson points out how her company now enjoys exposure to “one of the largest fan bases and average attendances in the country” via what she calls “the perfect platform” for her company to engage football fans.

Manchester City Football commercial director Omar Berrada pointed out how the arrangement enhances the match day experience for the club. Thus we see an intricate expansion strategy playing out at Betsafe where positioning and win-win partnerships increase the reach of sports betting companies and legitimize operations ever more for the global audience and relevant regulators alike. 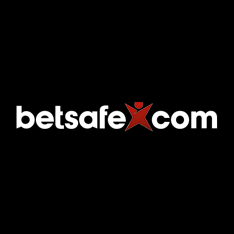 US Students Gambling Online More Than Ever

$52b Predicted in Online Gambling Taxes

Online Casinos in Estonia in 2010