The Pennsylvania Senate Committee on Community, Economic and Recreational Development will discuss the latest online gambling bill, a subject that has been on the table for over a year at this point.

Today, the Pennsylvania Senate Committee on Community, Economic and Recreational Development will discuss the latest online gambling bill, a subject that has been on the table for over a year at this point.

Last week, the Pennsylvania House of Representatives approved a bill that would allow airport terminal tablet gambling. But while the bill seems narrow in scope, it has the potential to affect online gambling expansion on a larger level.

Rep. George Dunbar commented about the bill, “We put in one thing, tablets in airports, and basically said, ‘You load it up with what you want in it. It puts the ball in their court.”

Which means that in today’s meeting, the Senate committee may very well attach amendments for other online gambling provisions. If the Senate can come to an agreement about the final terms of the bill, it will head back to the House for concurrence.

Two of the state’s largest land-based casinos, Parx Casino and Sands Bethlehem, have voiced opposition to the legalization of online gambling. They fear that allowing online gambling will detract from paying customers at traditional gambling sites (even though that has not been the case in neighboring New Jersey, which legalized online gambling in 2013).

Additionally, a small yet strong, group in the Senate led by Sen. Tommy Tomlinson is reportedly trying to destroy the bill’s chances for succeeding by requiring sky-high tax rates. Tomlinson claims that online casinos should be taxed at the same rate as land-based casinos: 54 percent for slots and 16 percent for table games.

But with such high taxes, online casinos would barely see revenue, if any, which would make online gambling fail before it even started. It also means that the bill is unlikely to get passed. The only option for the success of online gambling in Pennsylvania is to include reasonable tax rates (think New Jersey: 17.5 percent).

It will be interesting to see what the Senate committee decides. 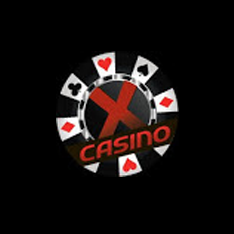