With PKR applying for administration order with the UK court, it remains uncertain what will happen with outstanding players' balances.

On Wednesday, May 3, PKR Poker site welcomed its players with an announcement that the site is experiencing „financial difficulties.“ The first and only real-money 3D online poker site was unavailable for play, and players with outstanding balances weren't able to access their cashiers to request withdrawals.

MPN Sheds Some Light on the Situation

The message naturally had players concerned about the situation, as PKR offered no additional explanations as to what the nature of these financial difficulties was. Two days later, on May 5, Microgaming Poker Network (MPN), a part of which PKR has been since March 2016, came with an official announcement, offering some much-needed clarifications.

According to the announcement, on Friday, May 5, PKR officially applied for an administration order with the UK court. The administration order serves as a protection mechanism for companies that have become insolvent, providing necessary tools to salvage the company and/or any remaining assets.

What Happens with Players’ Balances?

One question that players are most interested in hearing the answer to is: what happens to outstanding balances? According to the UK law and stipulations of the Alderney Gambling License, which PKR is governed by, players’ funds are to be kept segregated from the companies’ operational funds at all times.

If PKR followed these procedures, and there is no reason to believe they didn’t at this point, players were expecting this would mean their money was safe no matter what happens with the company. However, the MPN blog has caused some turmoil.

According to the statement by the network, the fact players funds were kept in a separate bank account doesn’t automatically mean the money will be immediately returned to the players, and there is no guarantee this will happen at all. It seems that with PKR entering the administration order, players will become creditors, and the administrators will eventually decide on how their funds will be distributed. What this means effectively is that players could end up with cents on a dollar, depending on how the situation develops.

While PKR is a part of Microgaming Poker Network, the announcement made it very clear that MPN has no financial responsibility in the situation whatsoever. The company promises to do everything in their power to help players get their funds and speed up the entire process, but in the end, the burden of responsibility is on PKR.

At this point, it remains unclear what events led to this decision by PKR. The company had problems with player traffic prior to joining MPN, which was the main reason behind the decision to join in the first place. These recent developments seem to indicate that deal didn’t accomplish what PKR was hoping for. 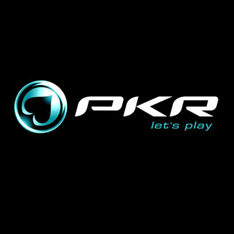