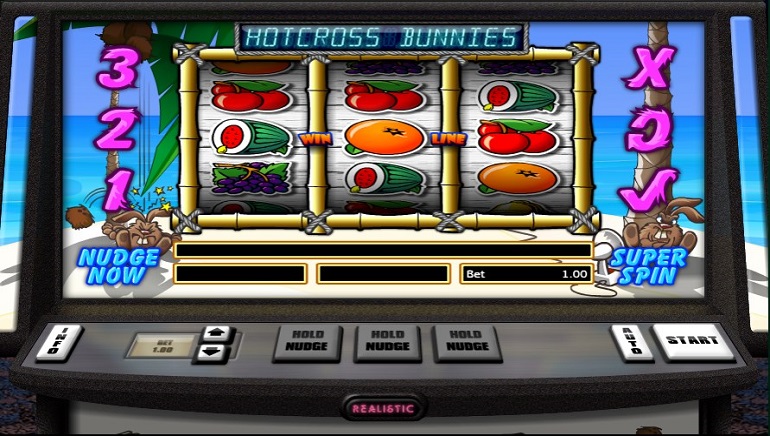 Following the success of one of its earlier slot games, Hot Cross Bunnies, Realistic Games has come out with a new follow-up: Hot Cross Bunnies Loadsabunny. Players can play this much-anticipated slot game on both desktop and mobile at Gaming Realms casinos like Ladbrokes Casino, Paddy Power Casino and LeoVegas Casino to name a few.

The original Realistic Games slot, Hot Cross Bunnies, is considered a classic, with three reels and traditional fruit symbols. The twist is the cute, angry bunnies that fly across the screen, making the game not only lucrative but pretty darn funny.

The sequel builds on the same theme as the original, but with a bunch of extra paylines and a couple more reels to make the game more exciting. If the popularity of the first game is any indication, the sequel promises to quickly become a player favorite.

Realistic Games’ Commercial Director, Andy Harris, commented, “Since the launch of Hot Cross Bunnies, they’ve been marooned on a desert island doing what they do best – and now there are loadsabunny!”
a
He added, “We are plugging into the success of Hot Cross Bunnies which proved popular with players around the world. But there are a host of compelling new features, a couple of extra reels and a unique maths model."

Realistic Games was founded in 2002 and since then has been providing quality electronic gaming content to operators all over the world. The company’s most popular slot game is Super Graphics Upside Down, which was nominated twice for Game of the Year at the EGR magazine Operator Awards.