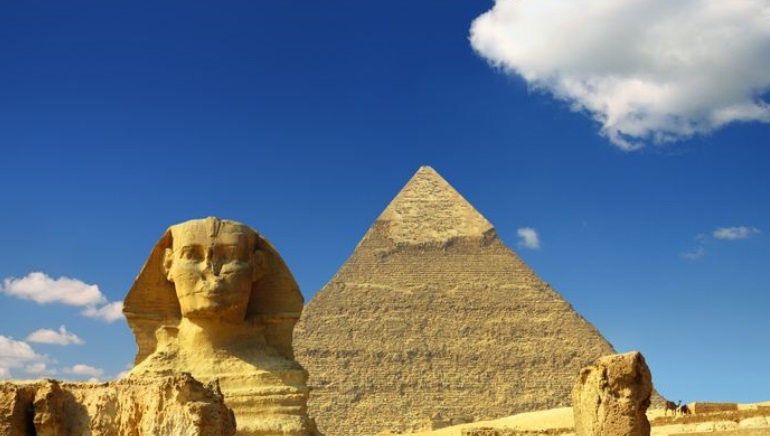 A 3-reel slot with great features is now live at online casinos powered by Realistic Games!

Realistic Games is known for creating online casino games which make players feel like they are in an actual land-based casino. The British software provider has just introduced its latest creation, called The Great Pyramid. This 3-reel slot game comes with a bonus game and a top prize 200 times the size of the total bet.

With an Egyptian theme, the arcade-style slot is now available at several leading operators powered by Realistic Games and there are versions for both mobile and desktop. The style of the game is designed to resemble an actual slot machine from the perspective of the player and there are the classic slots buttons to make it look more realistic.

There is just one line on the three reels but while the game might appear simple, it comes with several great features. During regular play, players can randomly get nudges or holds. The former comes with an Autonudge option and a manual nudge where players can move the reels a bit in order to get the needed symbol to create a combination. Holds can randomly occur as reels are held in place following a winning spin in order to get another guaranteed win.

After losing a nudge, The Great Pyramid can offer a Super Spin which makes sure that it has a winning combo.

Three gold pyramids have to be lined up in order to trigger the Bonus Round. Players will then get three tries to make it to the top of the pyramid and with every successful step forward, the prize increases. Even if the round is over before reaching the top prize, all winnings obtained so far will remain. Making it all the way to the top will result in a prize worth 200 times the size of the total bet, the biggest one the slot machine can generate.

Look for the game at online casinos like bet365 Casino, Betfred Casino, and Bet Victor Casino.

Slots From Realistic Games To Be Rolled Out Across 888 Casino