Rejected! Online Gambling Outside of Reservations in North Dakota Not Included in New Legislation 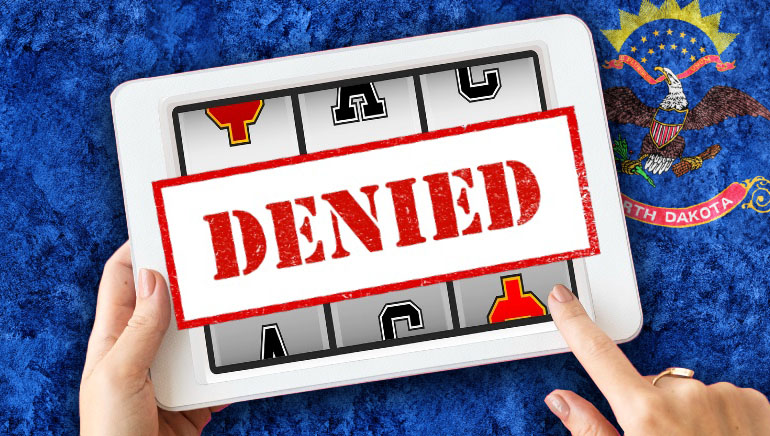 The final drafts of new tribal-state gaming compacts have been submitted for review after many months of negotiations with the five tribal nations in North Dakota. Unfortunately, online gambling outside of reservations was not included.

After months of negotiations with North Dakota’s five American Indian tribes, the final drafts of the new tribal-state gaming compacts have been submitted for review.

With the tribal gaming compacts that are currently in place set to expire early in 2023, it’s vital to get the new legislation in place. The first step in finalising the new legislation was a public hearing that was held on the 21st of October, 2022. This was followed by a public comment period as required by state law.

The tribes negotiated tirelessly with the governor and lawmakers to ensure that the changes they wanted were added to the compacts. The first compact was signed in 1992, and they have proven to be a smart way to find a balance between what the tribal casinos demand and what the state deems legal.

Many changes are set to be added to the compacts, including the following points:

Governor Burgum shared that he would be working with tribes and lawmakers to make more changes to the legislation in the future.

“We plan to work with the Legislature to bring all parties to the table and take a comprehensive look at gaming during the upcoming 2023 session, including sports betting, e-tabs and other gaming.”

Unfortunately, an addendum proposed by the tribes to allow online gambling throughout North Dakota using the servers located in the reservations was not added to the final compacts.

No Online Gambling Outside of Reservations

Governor Doug Burgum commented on the proposed changes and the dismissal of the proposed online gambling laws. The governor stated that he was not able to grant the tribes what they had requested because no clear path existed for him to do so.

“These negotiated compacts address a number of longstanding issues between the state and tribes by cutting through red tape and streamlining regulation of tribal gaming for the benefit of both parties. While we understand and appreciate the desire by some of the tribes to extend online gaming beyond their reservation boundaries, a clear legal path does not exist for the governor to grant such a broad expansion of gaming in the compact.”

This decision was quite the blow for the American Indian tribes as they had hoped this would help even out the loss the casinos have felt since electronic pull tabs were authorised in 2017. The number of e-tab machines in North Dakota is now sitting at almost 4500 devices, while Class III slot machines at tribal land-based casinos only add up to roughly 3300.

After the explosion of e-tab machines, the tribes argue that they have been hurt financially and seek online gambling to bring in more revenue. Players in North Dakota spent more than $1.75 billion on the pull tab machines in 2022 alone.

DraftKings attempted to convince the powers that be to allow legal sports betting in North Dakota in 2021. The sports betting powerhouse stated that more than 138,000 people were already gambling at illegal offshore sites, spending approximately $355 million annually. Despite this information, the state continues to reject the call for legal online gambling and sports betting.

What Does This Mean for Tribal Casinos?

As the tribal casinos continue to provide land-based and online gambling services for those on the reservation, the call to reject the chance to provide the same services to the rest of North Dakota could have a negative result. It’s obvious that North Dakotans are looking for somewhere to play, and that means turning to illegal offshore sites.

The lower gambling age could mean that more income will find its way into casinos owned by the five American Indian tribes, but there is a chance that younger players will be affected by problem gambling.

It remains to be seen what the governor of North Dakota plans to change or adjust in the new year, but there’s no doubt that the five tribes will fight for their right to provide safe and entertaining gambling services in every possible vertical.