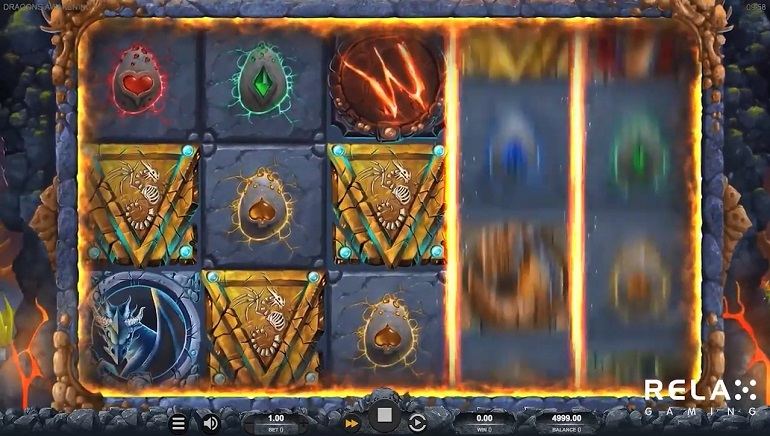 Defined by larger than life graphics and amazing sound effects, Dragons' Awakening is here to stay and entertain slots fans for many months to come.

Relax Gaming is a software developer and content integrator, with hundreds of games to offer to casino players from all over the world. Since 2010, its portfolio has expanded steadily and new slots were constantly added, with a brand-new game hitting the stores this March. Dragons' Awakening is a fascinating game with modern graphics and intriguing narrative that is expected to sweep players off their feet. Since Relax Gaming is licensed by the MGA, UK GC, Alderney Gambling Control Commission, and the Danish Gambling Authority, the game can be enjoyed by a diverse audience.

Enter the Lair of the Eldur Dragon

Players with a keen eye for quality slots and a soft spot for games that also tell a story are likely to enjoy Dragons' Awakening right from the start. Even before they spin the reels, players are transported to a world of wonder, where the legendary dragon Eldur remains unchallenged. The prospect of entering his lair is obviously daunting, but there are fantastic rewards and treasures waiting for those bold enough.

The layout of this game is eye candy, with a fiery volcano in the background and molten lava spewing from its crater. Deep inside, the Dragon awaits for the bold adventurers who are courageous enough to spin the reels of the 5x3 video slot. Four dragon spirits that never sleep will try to protect the untold riches hidden inside their precious eggs, so this quest for riches isn’t for the fainthearted.

One of the most coveted game features goes by the name of Dragon’s Rage and it has the ability to turn all random suited rock symbols into one of the four spectral dragons. By doing so, it produces winning combinations and the event is properly marked with jaw-dropping animations.