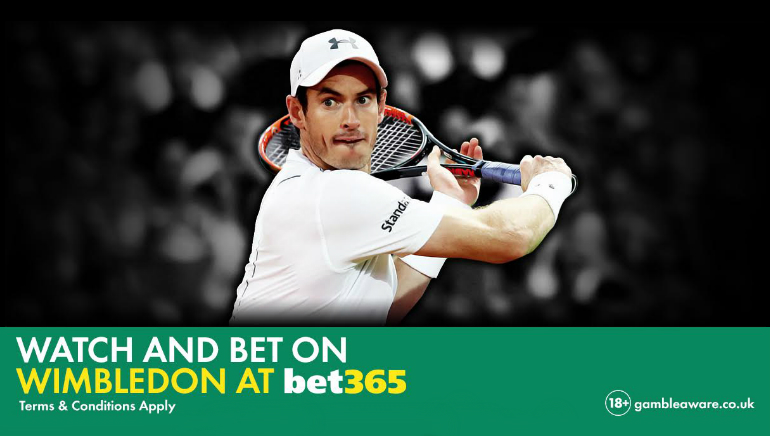 The tennis grass season culminates with the Wimbledon Grand Slam, an event Federer and Karolina Pliskova are favorites to win (12:00 p.m UK Time).

The tennis grass season is by far the shortest and that’s why each tournament is so exciting. Players use the preliminary tournaments to test the waters and get re-accustomed with the surface, but save their strength for the Grand Slam. This year at Wimbledon we’ll see many of the familiar faces and the perennial favorites return. In both the men’s and women’s events, players who have a strong service and a good game at the net are among the favorites to emerge victorious.

King Roger Goes for another Title

Roger Federer is probably the best tennis players of all time and he can improve his record by winning at Wimbledon. His recent performance on grass consolidates his position as favoring to win the Grand Slam, after convincing victories in Germany. It would be the second victory in 2017 at this level, but she will have to fight hard for this opportunity. Bet365 offers odds of 5/2 on him to prevail.

Andy Murray is the second favorite to win the Wimbledon Grand Slam, at odds of 7/2, followed closely by Nadal at 9/2. The Spanish player is not usually a favorite on grass, but his performance this year makes him a very serious challenger. Djokovic is on this occasion an outsider at odds of 6/1, followed at a distance by big servers such as Raonic, Cilic and Kyrgios.

All Eyes on Kvitova and Pliskova

In the women’s tournament, Kvitova and Pliskova are tied for the lead with odds of 5/1 to win the grand slam. They play similar tennis, with their game being centered on a powerful first serve and equally impressive forehands. The reason for why Karolina is in a slightly better position to win is that Petra is still mending an injury after the December incident.

Roland Garros finalist Simona Halep and the winner Ostapenko are tied at odds of 14/1, both outsiders for the grass event. Local favorite Johanna Konta is given odds of 11/1, slightly bigger than former Roland Garros winner Muguruza who is priced at 10/1. Azarenka is making a comeback but she played a single match on grass, something that the great American champion Venus Williams can relate to.

As always, there are a couple of young players who can cause major upsets at Wimbledon and a couple of names come to mind. In the men’s tournament, Alexander Zverev would be a great choice for punters seeking greater odds, since he is priced at 20/1. The young German made it to the final in Halle where he was defeated by Roger Federer. Dimitrov showed his quality at the Australian Open and on a good day he can defeat anyone on English grass.

The race is wide open in the women’s tournament and a great choice for a dark horse would be Elina Svitolina. Bet365 offers odds of 25/1 on her victory similar to what is offered on Mladenovic. Both are powerful players with a lot of courage and a formidable first serve but they lack constancy. All in all, the Wimbledon tournament promises to be great in 2017, for tennis fans and punters alike.