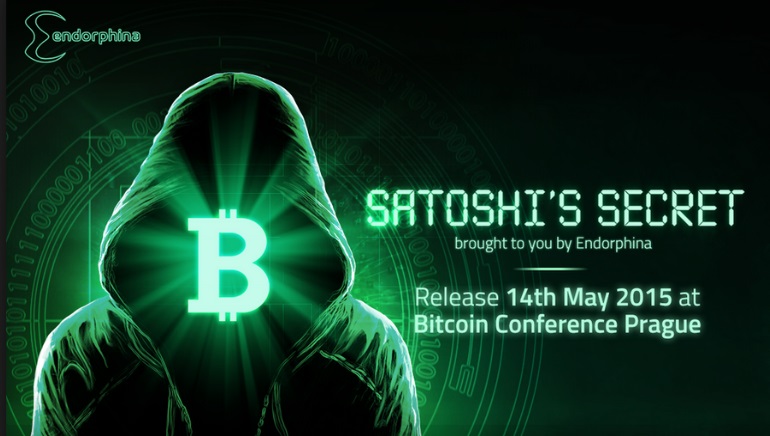 Satoshi’s Secret will be the world’s first Bitcoin-only video slot when the game is released by Endorphina at this month’s Bitcoin Conference Prague.

Bitcoin Conference Prague 2015 is scheduled for Thursday 14 May. Ahead of the conference, it has already been announced that the first-ever Bitcoin video slot will be unveiled. Bitcoin casinos have been rising gradually in popularity, but they are far from becoming commonplace. The launch of an exclusive Bitcoin slot game could help to change that.

Satoshi’s Secret is the name of the Bitcoin slot created by Endorphina, an igaming developer that specialises in slot games. Endorphina has created 30 video slots to date, including popular titles in the form of Stone Age, Wild Fruits, Ice Pirates, Mongol Treasures, and Minotaurus. A Bitcoin release could propel the promising Endorphina to greater heights in the igaming industry.

Inspiration to create this highly specialised slot game was drawn from the mystery and intrigue surrounding those responsible for the creation of Bitcoin. Satoshi Nakamoto is the name credited to the person or persons who developed the protocols and software for Bitcoin.

Nakamoto is credited with releasing a paper outlining Bitcoin as a digital currency in 2008. The emergence of Bitcoin then followed in 2009, after which Nakamoto collaborated with other developers to refine the software. This continued until mid-2010 when Nakamoto took a step back and handed over his control to Gavin Andresen and other prominent members of the Bitcoin community.

Endorphina has proven tight-lipped prior to the upcoming Prague conference, releasing morsels of information via its website. In referring to Bitcoin as “the currency of the future”, Endorphina believes that Satoshi’s Secret will “[open] a new era in the igaming world”.

No plans are in place for Endorphina to release core game details before Bitcoin Conference Prague. Interested parties will instead have to wait for the conference itself, which will cover cryptocurrencies, analysis, forecasting, security, legislation, and various other relevant topics of discussion.