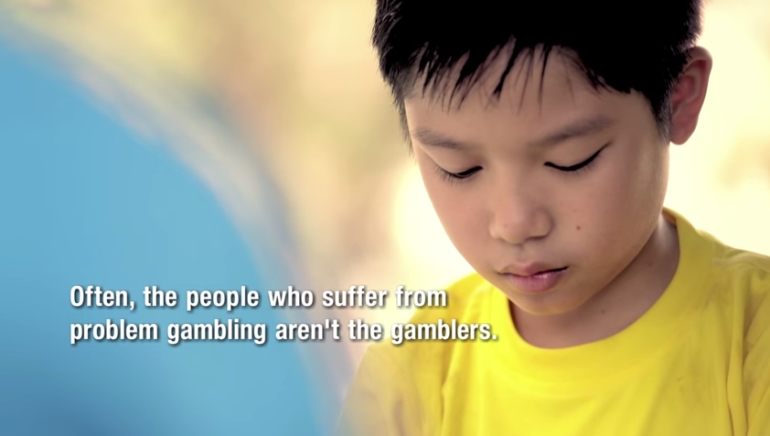 The Singaporean National Council on Problem Gambling has been running a gambling problem awareness TV ad that became a target of endless jokes in the last few days. The 30-second TV spot features a group of Singaporean boys who are having a lively discussion on their predictions for the winner of the 2014 World Cup, when one of them expresses his hope that Germany will win because his dad bet his whole life savings on them.

The only problem with the ad now is that Germany has been hands down the most impressive team in this World Cup, making it to the final after thrashing host nation Brazil 7-1 in Tuesday's semi-final. If anything, the kid's dad knew who he was betting on.

The ad has gotten a permanent fixture in local Singaporean TV broadcasts and it has been aired prominently during World Cup match broadcasts. Funnily enough, it ran on Tuesday's semi-final halftime when Germany was already leading five-nil against Brazil. The clairvoyant ad quickly became subject of international mockery. On Wednesday, Late Night Talk Show host Jimmy Fallon encouraged the sad kid from the ad, saying that now his father is so rich that he won't even have to go to college.

Despite the hilarious jokes, problem gambling is a serious matter. Online casinos and sportsbooks are on the forefront of combating problem gambling, providing their members with self-exclusion programs which can freeze their accounts for short or long periods of time.

Winner's program for responsible gaming is a good example as it provides players with advice on how to diagnose symptoms of problematic gambling habits and how to treat them. Among the tools offered by Winner Casino, players can find deposit limiting options and a self-exclusion program of up to 6 months.

Gambling on the Rise in Singapore