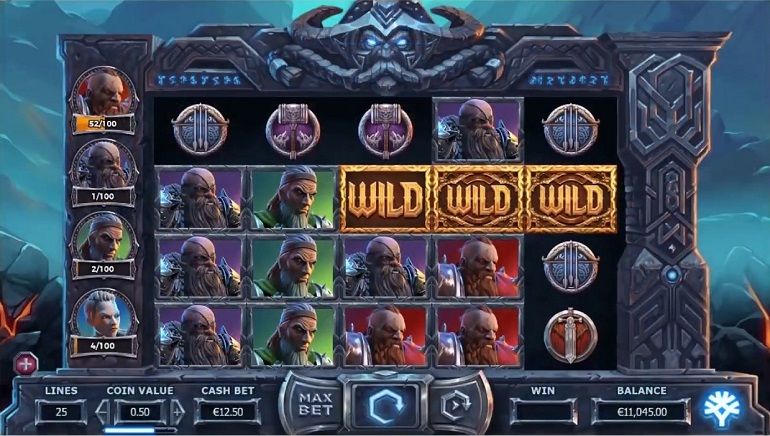 Yggdrasil’s newest slot, Vikings Go To Hell, was released on May 20 and is the third title in the developer’s Vikings series, following Vikings Go Wild and Vikings Go Berzerk. This game sees the Vikings doing battle with fearsome demons against a dark and fiery backdrop; not only it is graphically spectacular, but it is packed with special features.

Vikings Go To Hell is a 5x4 slot with 25 paylines, playable from 10p to £100 per spin across all devices. The game has an RTP of 96.1% and is high variance, which means that the potential for large payouts is big, but the opportunities for low-to-middle payouts are smaller.

Base Game Features In addition to the blazing backdrop and the epic soundtrack, this slot is packed with features:

Vikings Go To Hell is arguably the best of Yggdrasil’s Vikings-themed slots; the features, the graphics, and the soundtrack are the perfect trifecta for ultimate slot enjoyment. The only caveat is the since the game is high variance, you may find that you can go for a few spins without hitting anything, but when you finally do hit something, the payout potential will be big. Look for the slot at Yggdrasil powered casinos.