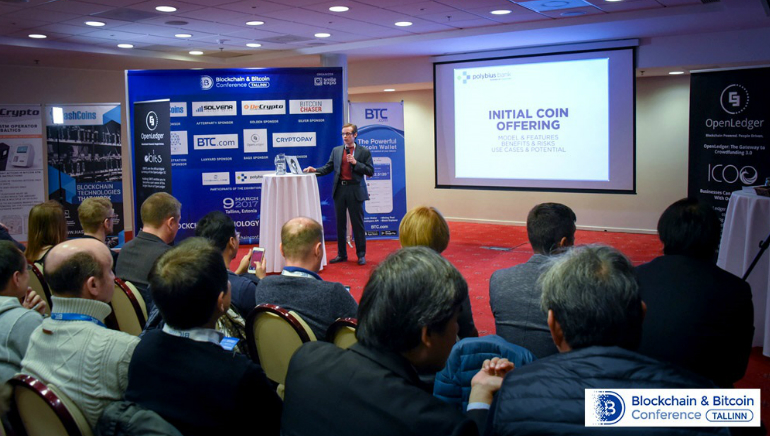 Professionals who learn blockchain position themselves for industry leadership.

The Baltic’s largest blockchain conference has come off swimmingly.

On March 9, Tallinn hosted the massive blockchain technologies and cryptocurrency development conference Blockchain and Bitcoin Conference Tallinn. It was received with great enthusiasm by a select group of inspired stakeholders.

Attended by 250 people from 20 countries, the event was organized by large-scale event specialist Smile-Expo, a company which holds major blockchain conferences all across regional hubs including Russia, Ukraine and the Czech Republic.

The Estonian market has been added to the blockchain conference circuit due to a favorable IT environment bolstered by a dedicated Govtech sector created specifically to support blockchain projects.

Korjus emphasized the benefits of doing business in Tallinn, calling Estonia’s capital the “home of digital society” before unveiling the first landmark achievement of Estonia’s Govtech department: an amazing e-residence project granting Estonian residency to 18,000 people and 1,300 companies from 136 countries.

The key to this unprecedented achievement is the use of blockchain technology:

“Blockchain itself is nothing, it needs to be considered together with digital identity, legal environment, and efficient e-governance,” explained Korjus. “Only then we will start to understand its real impact.”

In considering the digital economy, Marzantowicz called for financiers to learn more:

“Financial institutions are aware of the advantages of blockchain, but banks are not.”

While regulation to this point limits bank use of still emerging blockchain technology, the greater challenge at this point is communicating the benefits of Bitcoin and blockchain to customers, such as convenience and the safety of the asset-storing system.

Topics discussed by participants included regulatory issues; mainstream acceptance of cryptocurrency acceptance by the society; the benefits of private and public blockchains; and the key players of the blockchain market.

With most of the world barely warming up to cryptocurrency, and totally unaware of blockchain, the cryptocurrency and blockchain conference in Tallinn gave attendees a leg up that likely has put them years ahead of the pace of development.