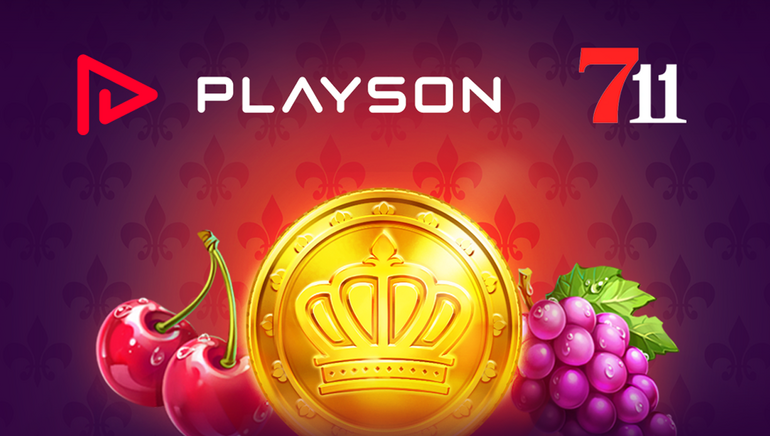 Belgium-based 711 moves into a global fraternity via a new deal with global supplier Playson.

The content integration deal calls for Playson to deliver a host of popular casino titles to 711’s emerging Dutch platform.

Popular titles from Playson which 711 can now offer to players include Ruby Hit: Hold and Win, Luxor Gold: Hold and Win and Book del Sol: Multiplier.

Belgium-based 711 is a regulated B2C operator offering live casino, slots, and table games. 711 moved into a full-force presence earlier this year when it secured an online license in the emerging Netherlands market and launched its 711.nl website.

Through the expansion deal, Playson furthers its organisational mission of ambitious growth by making its leading titles available in a new and liquid-heavy region that the Netherlands represents.

Playson Sales Director Blanka Homor expressed her organisation’s delight at expanding into the Dutch market and fulfilling "the needs of more slots-fans across Europe.”

Homor called Playson an ambitious supplier and expressed confidence that the deal will provide “great results” in increasing her organisation’s global mission of finding an operator to supply to that shares her company’s vision.

Representing 711, Gilles De Backer added how pleased his company was to ink a deal with “one of the industry’s best game suppliers” and lauded Playson content for the dual goals of increasing player engagement and retention:

“By integrating the company’s large product offering, we can fulfill the goals we set ourselves when we entered the Netherlands in April this year.”

Malta-based Playson is certainly a prodigious brand for any operator to have a supply relationship with. Possessing additional offices in the UK, Ukraine, Slovakia, Romania, Hungary, Taiwan, and Greece and licences from the UKGC, ONJN, HGC, and recognition notice from MGA, Playson applies unique math and wrap technology to maintain a leading presence in 21 regulated markets serving a clientele of over 140 worldwide.

Inclusion in this group brings 711 into a select group receiving some of the best and most well-known games in the world. A relationship with the Playson brand can clearly upgrade 711’s stature in the industry.

This deal looks like a boon for Playson in gaining a foothold in the prized Netherlands market, and a win for 711 by getting access to one of the most valuable gaming supplies in the industry. Together these partners can raise each other to new heights.