Swedish Government Gets A Wake-up Call on iGaming

An iGaming reform movement in the country has picked up significant steam, with reason.

A project to introduce new gaming legislation to Sweden is reportedly kicking into high gear.

Acceleration on the Horizon

Sweden Minister of Public Administration Shekarabi is reportedly considering accelerating of the iGaming regulation project he sponsors to bring about a change in online gambling regulations by 2018, ahead of the country's next general elections in September of the same year. Shekarabi formally introduced his project to establish a licensing system last October.

EU Disapproval
The project was introduced in response to the EU's consternation of the current online gaming monopoly maintained by the Swedish government. The EU has in policy established itself as in favor of all countries adopting some form of regulation, and lightly chastised the Swedish government in October 2014 for “imposing restrictions on the organisation and promotion of online betting services in a way which is inconsistent with EU law.”

According to Reuters, there are now two EU cases against Sweden pending due to current restriction of gambling licences to domestic and state-owned operators only, an imposition which the EU claims is in conflict with its own rules on free movement of services.

Reform Progress
Shekarabi's renewed resolve is ostensibly in response to the omission of changes to the regulated Swedish gaming environment in the country's February agenda.

An early sign of progress is secretary general of the Swedish Association of Online Gambling Operators Gustaf Hoffstedt's statement to Global Betting and Gaming Consultants website that the his country is likely to “step up” the effort to liberalise current gaming laws in coming weeks.

In a country where mention online casinos such as Mr. Green, Svea Casino and Cherry Casino are already popular, Hoffstedt emphasized the need for change through calling the Swedish legislation “disconnected from the realities and demands of the market.”

All things considered, 2018 seems rather far off. From the looks of things, iGaming reform in Sweden might be coming much sooner than anyone dared to expect. 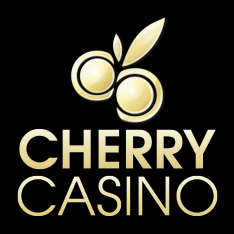