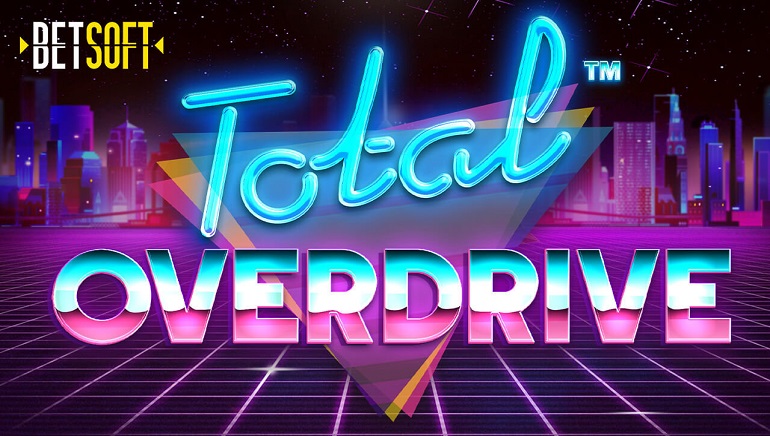 Fans of classic slots with sevens, diamonds and fruit symbols are in for a treat with the latest slot release from Betsoft Gaming. The popular software developer manages to bring another great product to the iGaming industry and kick off 2020 with a bang, as Total Overdrive hits the online casino lobbies.

Total Overdrive provides a brand new and modern perspective on the well-known theme. Set against a futuristic Metropolis background and with electro-pop sounds backing the action, the slot offers excitement, adrenaline and plenty of different ways to win cold hard cash.

Shift into the High Gear with Betsoft Gaming

Total Overdrive features just three reels and five paylines and yet manages to capture the imagination better than many modern day video slots. The Overdrive Multipliers are the main feature of the game, allowing players to win up to 1450x their total bet when re-triggered and offering some great winning potential.

According to Annamaria Anastasi, the Marketing Director at Betsoft Gaming, Total Overdrive was designed to appeal to classic slot players and bring them an exciting new game that they could get pumped about, while also providing the kind of cinematic excellence that has kept the company at the forefront of the industry for nearly 15 years.