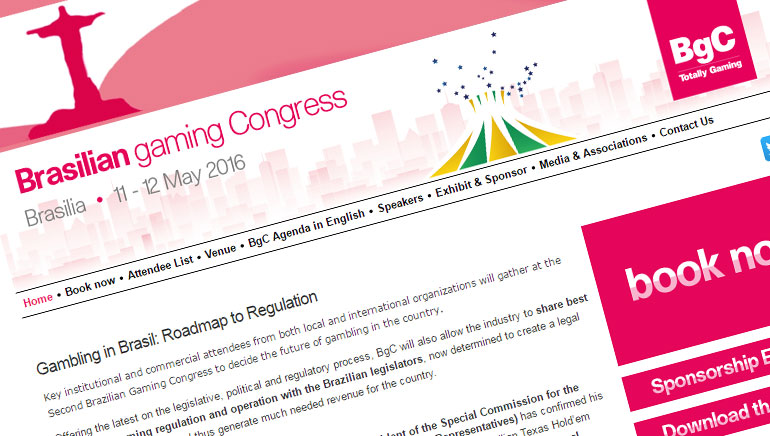 The second edition of the BgC was held in Brasilia between the 11th and 12th of May. During the event, Brazilian politicians reassured that the gambling bill won't be affected by current political instability in the country.

The 2nd edition of the Brazilian Gaming Congress put at ease part of the industry that was worried about the current political climate in Brazil and expressed support at all levels for the gambling bill.

The event was held at the Windsor Plasa Brasilia between the 11th and 12th of May, 2016 in Brazil’s capital city Brasilia. It brought in a full house with over 230 attendants looking forward to speeches by industry specialists as well as elected politicians.

Among the speakers, Federal Deputies Elmas Nacimiento and Herculano Passos spoke publicly about the importance of the gambling bill and the process it will follow in the upcoming six months, where it will be amended and voted as well as signed by the newly appointed president.

According to the Deputies as well as all other politicians present at the event, the impeachment of President Dilma Rousseff and the current appointment of Michel Temer as standing president will not affect the gambling bill’s progress in any way.

The support offered by the political speakers at the event helped cement the importance of the bill while also assuring it will be passed in a timely manner. While some issues have yet to be resolved, particularly regarding aspects such as the status of online gambling or the tax levels, the bill is expected to help close the illegal gambling market while also attracting investors and delivering extra tax income to the state.

The Challenge is Set for Gambling Operators

In fact, the speedy passing of the bill has put the spotlight on gambling companies who now have to quickly put together an entry strategy for the Brazilian market.

Other results from this year’s event as well as the a recap of the best speeches will be presented in detail at the Juegos Miami event which will take place on the 1st of June, 2016, in Miami, Florida.