The Game in Spain Stays Mainly in the Stadium, to Benefit of All Gaming in Spain 2019 Attendees 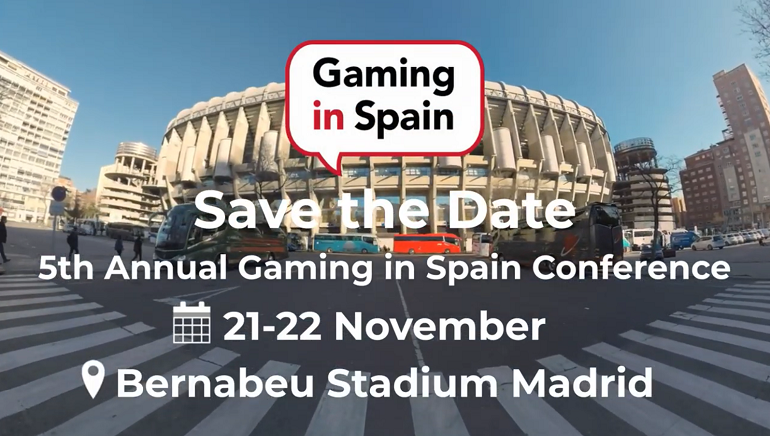 Spain's market is about to have a whole new look—and attendees to GiS 2019 this month will have the first view.

With Gaming in Spain Conference 2019 coming to Madrid November 21-22nd, organisers have given operators 7 reasons to attend.

#1: Spain is Open for Business

First off, Spain is happening now—literally, offering attractive tax advantages in a market that is about to boom.

Second, thirty new licensees are set to enter Spain's regulated iGaming market, which will diversify and expand the Spanish market and Gaming in Spain set to keep attending operators in front of the competition.

Fourth, Spain is holding general elections on November 10th, to impact the regulatory environment in time for Gaming in Spain 2019, where the ramifications of the election results will be fleshed out for all attendees.

#6: Marketing to the Decision-Makers

Sixth, the marketing opportunities: all the movers and shakers of Spain's online gaming market will be there!

Seventh, over the course of the conference, attendees have the opportunity to visit both iconic football stadiums. Day 1 will feature a networking, dinner and tour of Santiago Bernabéu; while Day 2 sessions will take place at the Wanda Metropolitano. The Madrid derby theme will be capped off by a free draw for attendees to win an authentic Real Madrid or Atlético Madrid football jersey.

Breaking Down the Elections

More key features include a newly added and timely expert breakdown of Spain's election results, after Sunday's results. In Spain's fourth national election in five years, acting Prime Minister Pedro Sánchez’s PSOE plurality was significantly short of an outright majority. The impact of a challenged new government will be discussed.

“The PSOE, led by Pedro Sánchez, won the elections, but failed to strengthen its position, losing three seats in Congress and its majority in the Senate, with Sanchez still faced with forging agreements with far-left Unidas Podemos and newcomers Mas País and Catalan pro-independence parties; the Basques other “regionalist forces.”

This delay leads to an interim government which poses specific challenges for online gambling regulation.

One thing this does is put a stalemate of sorts on gambling: interim governments only act upon emergencies or situations that require an immediate reaction, meaning introduction of the long-awaited Royal Decree on gambling advertising in a major market is now postponed pending the appointment of a new prime minister and formation of a new government.

Eventually, Rotondo sees the new government as altering the course of regulation, “with a Parliament that tilts to the left” creating an expectation of “restrictive proposals that, due to the previous political gridlock, failed to be discussed will now gain traction.”

In other words, the new political situation in Spain could delay regulation updates beyond just the interim government period, because of a new left-leaning government that election results indicate will have be formed eventually.

Another key discussion that will take place is an update from DGOJ via Director General Juan Espinosa García's keynote address at the 2019 Gaming in Spain Conference. A description of the current conditions to kick off the conference will be vital and timely.

The productivity to be gained from these engaging venues and formats will position attendees for pole position in the new Spanish market. Preparing for delays, and possibly reshaping operations, are hurdles which can be negotiated with the insights to be presented at Gaming in Spain 2019 to alleviate operators concerns and ease the adaptation to new government in a still attractive market.