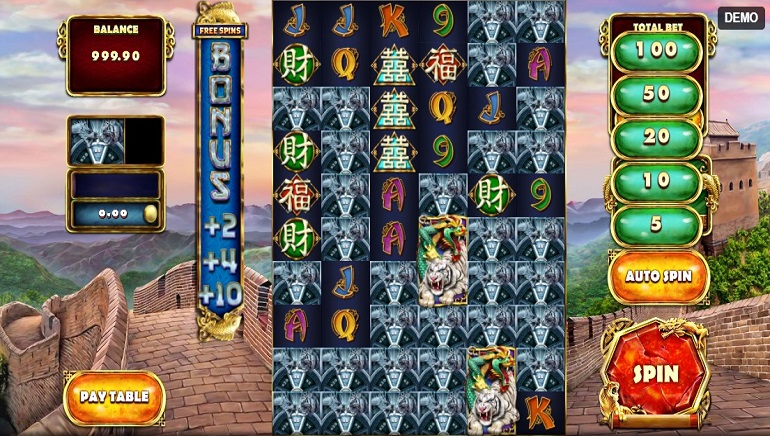 The ancient Tiger and Dragon creatures are guarding a hoard of treasure in this newly released slot from Red Rake Gaming.

After opening in 2011, Red Rake Gaming initially focused on creating social casino games. Since 2015, though, the software provider has expanded into the realm of online casinos by releasing a number of video slots, table games, and instant games. As of January 2019, Tiger and Dragon is the very latest slot game experience to reach Red Rake Gaming casinos.

Background of Tiger and Dragon

The name is one with strong ties to Red Tiger Gaming. Obviously, this stems from the slot sharing the name tiger with the studio. On top of that, however, the provider has previously released a couple of dragon-themed slots, including Dragon’s Fire and Dragon’s Lucky.

Tiger and Dragon represents a coming together of two epic entities that appear in a slot with roots in Chinese mythology. In terms of the story, it centres on an ancient Chinese legend that tells of a white tiger and a dragon having guarded a hoard of treasure for thousands of years.

Red Tiger Gaming has ambitiously designed Tiger and Dragon in a reel interface of six by 10. Overall, there are to be one million ways of winning, with players able to multiply their stake by up to 20,000x times.

A slew of special features are set to be unleashed by players, starting with the Cascading Reels and Infinite Multipliers. Additionally, it is possible to connect five or more re-spins and trigger free spins. And then there is the chance to unlock Tiger and Dragon Accumulator Roulette, which acts as a mini-game within the slot.

From a functional standpoint, the Tiger and Dragon slot is playable now on HTML5 devices at casinos powered by Red Rake Gaming. Compatible devices cover desktop, tablet, and smartphones, with the slot capable of being played in more than 100 currencies from all over the world.