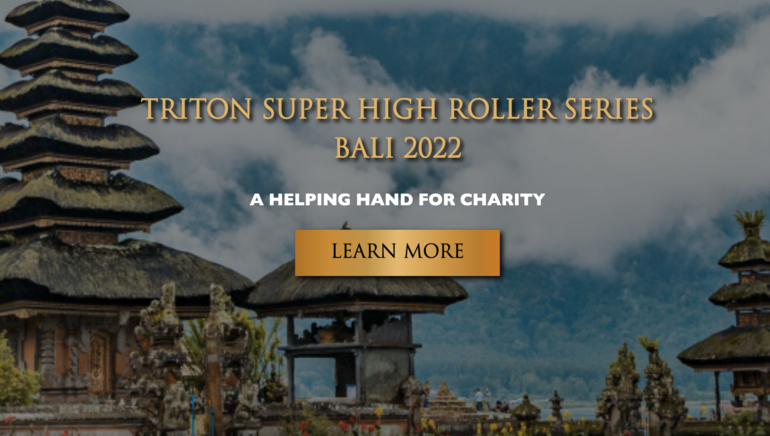 The time to relaunch big-time poker at full tilt has arrived.

A key new poker event has been added to the global iGaming satellite.

Set for February, the Triton Super High Roller Series has been established to have confirmed a major live event for poker fans to look forward to in 2022.

Indonesia is the Place

This particular extravaganza stretches over a 13-day time frame to provide participants with a picturesque backdrop that Bali represents for major tournament-level prize money ranging from prize pools of $30,000 to $200,000. The two main events provide players with the opportunity to pursue a range of cash-out opportunities among the possible wins.

A turbo action offers a $40,000 event, including a PLO option with a similar prize pool. The first Main Event is scheduled for February 21 in NLH format offering $200,000 in prize money.

This extensive schedule concludes with short-deck events offering $30,000 to $200,000 in prize money. On February 27th, the second main Main Event Tournament is the penultimate event of the series.

For the players and viewers who cannot make the trip, they can enjoy all the action of the Triton Super High Roller Series live-stream events online. The live stream enables fans worldwide 10 hours a day of continual footage over the full series, not just final table gaming.

Watchers can enjoy the action at Triton on Facebook, Twitch, or YouTube, with some of poker's biggest names are expected to pop up.

After two years of shutdowns, the Triton Super high roller series looks to be the ideal event in the ideal location to welcome players and watchers back into big-time poker tournaments for 2022.

Leading Dutch Casino777.nl to Feature the Finest Games from Endorphina