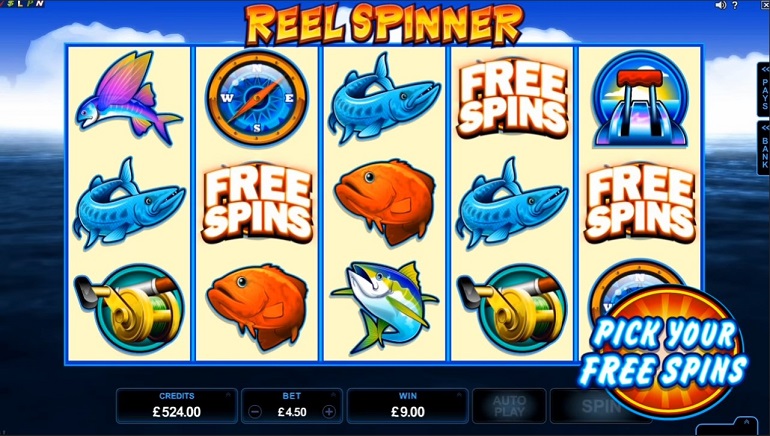 Reel Spinner and Electric Diva are the latest slot games released at All Slots Casino. Based on fishing and Sci-Fi, they are both from the Microgaming developer.

Two new slots games have just been released at All Slots Casino, with Reel Spinner and Electric Diva joining the collection from 13th July 2016.

Both games have been developed by Microgaming, which means they can be played at the desktop and mobile versions of All Slots Casino, and that they are coming from a trusted and reliable source, although the style and themes of these new games are very different.

An Introduction To The New Games

Reel Spinner is themed around the world of deep-sea fishing and comes with various types of game fish like barracuda and sailfish for the main symbols. A background of rolling ocean waves sets the scene and offsets the 5 reels with 15 paylines. Special features include a free spins round which is preceded by a game where players click on 1 of 6 fishing boats to reveal how many spins they have, and then click on a fishing reel to uncover a multiplier that will be in force throughout them.

Electric Diva on the other hand, is an interesting fusion of space adventures and rock music. Wild and Scatter symbols bring in extra wins, while as in Reel Spinner, the free spins start once a side game is completed. The Electric Diva character is directed by the player to fight aliens, building up the number of subsequent free spins and a multiplier amount, with up to 40 spins boosted by an 8x multiplier throughout.

There are some 3D style animations to the 5 reels and 40 fixed paylines, while a suitably rock-inspired soundtrack plays along in the background.

About All Slots Casino

Running since 2001, All Slots Casino runs on the Microgaming software platform, and can be found in download, instant-play and mobile versions. Over 500 games are featured at this casino, which is licensed by the Malta Gaming Authority.