Valley of the Gods Slot by Yggdrasil Debuts Today 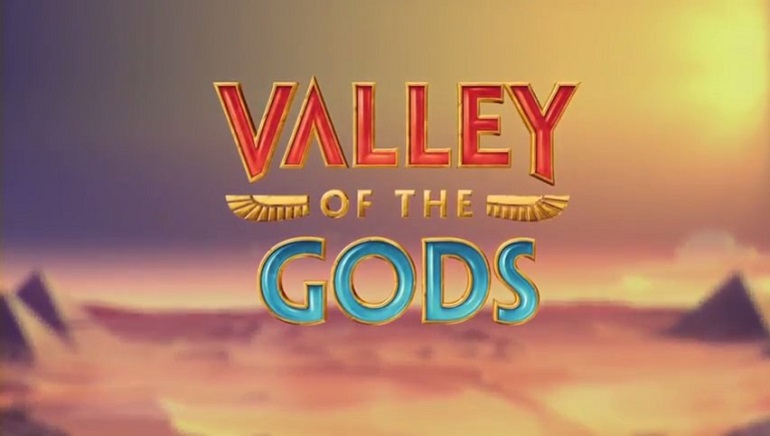 Yggdrasil Superior Gaming launches Valley of the Gods slot today – a tribute to the great Egyptian gods, Horus and Anubis.

Ancient Gods remains a popular theme with slots game providers. The latest masterpiece by Yggdrasil is Valley of the Gods. This video slot game is fully compatible with mobile devices – Android and iOS, and has a RTP (return to player) of 96.2%. This Egyptian-themed slot game features multiple enticing elements such as invoking ancient incantations, generous multipliers and free lives. Valley of the Gods slot showcases the ancient Egyptian gods, Horus and Anubis.

Features of Valley of the Gods Slot

Valley of the Gods slot draws on the growing popularity of the ancient gods theme in slots games. This enticing slot adventure features respins with multiple winning combinations, destroying blockers with scarabs, win multipliers from x1 through x5, and extra lives. This 5-reel, 5 row slot game is unique in that it features 45 – 3,125 ways to win.

Players can begin from as little as 0.25 per spin. The game takes place in ancient Egypt, during an era where pharaohs, gods and magic abound. On either side of the spinning reels, players will see statues with multipliers on the left and extra lives on the right.

Players can win as much as x1,500 their betting stake courtesy of the multipliers and re-spins in Valley of the Gods slot. The coin range allows a maximum bet of 125 per spin, and the jackpot pays 500 coins. Every time players rack up winning combinations, they also qualify for free respins. These respins keep going as long as your winning combinations continue. Scarab blocks are the enemy in this game, and they must be destroyed. Once you obliterate them, you will be rewarded with multipliers, additional lives and bigger payouts.

Yggdrasil released Valley of the Gods slot to rapturous applause from players. This highly anticipated game features an enticing intro with Golden scarabs carrying through the Sahara Desert in search of the Valley of the Gods, located in the Valley of the Kings. This slot game brings ancient history to life in spectacular fashion. Look for the new slot at Yggdarsil-powered online casinos.