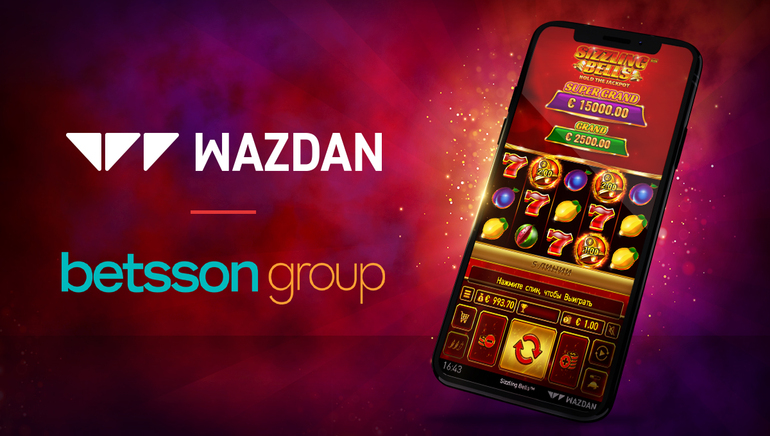 Wazdan and Betsson are expanding a powerful partnership by delivering more games to the Baltics.

Industry heavyweights Wazdan and Betsson have strengthened their partnership to expand further into the Baltic region.

The Betsafe.lt currently features 80 Russian language games from Wazdan, with 19 Wazdan titles having been added to the Betsafe.lt website this year. Of the new titles introduced in 2022, four including Power of Gods™: Hades is exclusively available on the Betsson brand serving Lithuania.

Wazdan titles have distinguished themselves with trademarked in-house customizable features including Volatility Levels™. Wazdan titles are available in 25 languages, supporting all currencies and cryptocurrencies which have already proven to significantly enhance player personalization across all gaming experiences.

Wazdan COO Andrzej Hyla expressed his delight with the new expansion with Betsson, citing the “close working professional relationship” with Betsson as a reason for Wazdan to be “delighted to be taking our portfolio live on their Russian-language Betsafe.lt site.”

Hyla was also thrilled to maintain the “momentum” of expansion that the organization has effectively initiated for 2022.

“We’ve enjoyed a fantastic partnership with Wazdan since our first deal in 2020 and their portfolio has gone from strength to strength.

Ulejev called the deal an apt celebration for the Betsafe brand's 16th anniversary this month, and looked forward to Wazdan games adding “real value to our newly launched Russian-language website,” while looking forward to “seeing how the localized games are received in Lithuania by our customers.”

Malta-based Wazdan has forged a status as one of the iGaming's top suppliers through cutting-edge development which delivers an engaging omnichannel player experience across a renowned suite of over 140 HTML5 slots, table games, and video poker games. Leading industry titles that Wazdan has produced include 9 Lions, Larry the Leprechaun, and Black Horse™ Deluxe, with new hit titles including Power of Gods™: Medusa, Jelly Reels™, Sizzling Bells™, and Burning Stars 3™.

The new deal between Wazdan and Betsson group will increase the reach across the rapidly emerging and opportunity-rich Baltic region, where new jurisdictions are opening up all the time, and the Wazdan-Betsson partnership maintains lead position.