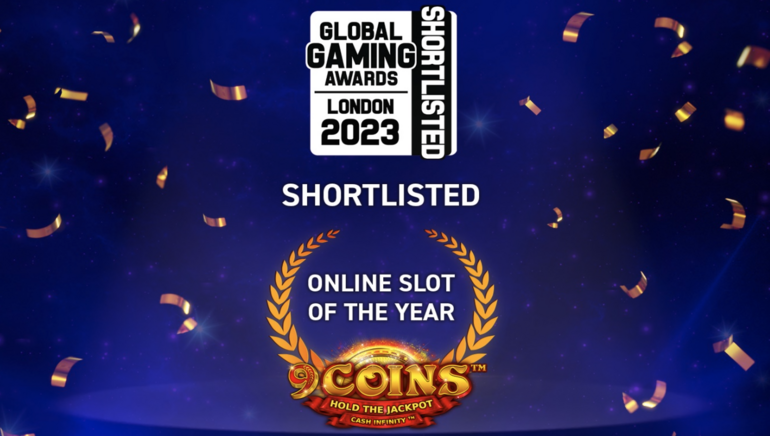 Wazdan's popular game 9 Coins™ has been nominated for Game of the Year at the Global Gaming Awards. The game, which was originally released in July and featured the innovative Cash Infinity™ feature developed by Wazdan, has seen a 163% increase in unique active players, a 248% increase in game rounds, and a 265% increase in bet sum. The success of 9 Coins™ has led to the creation of successful sequels, including 9 Coins™ 1000 Edition and 9 Coins™ Grand Gold Edition. The winners of the Global Gaming Awards will be announced on February 6, 2023, in London.

We knew we were on to a winner as soon as 9 Coins™ hit the market, and those numbers started to soar. It’s fantastic to see that hard work paid off, and our game has been recognised by prestigious awards bodies like the Global Gaming Awards. We can’t wait for the results in February, and best of luck to all you friends and fellow nominees!

Wazdan is a game developer with over a decade of experience in the industry. Wazdan is dedicated to creating high-quality online slots and tools that enhance player engagement and deliver strong results. Their games are certified in numerous locations around the world, including Malta, the UK, New Jersey, Michigan, West Virginia, Ontario, Sweden, Romania, Greece, Estonia, Spain, Lithuania, Latvia, Denmark, Switzerland, Colombia, Portugal, Italy, Belarus, the Netherlands, Poland, Czech Republic, and Bulgaria.

Their portfolio includes over 150 HTML5 slots, and they regularly release new games. Wazdan's top-performing titles include Magic Spins, Sun of Fortune, 9 Coins, Fortune Reels, 9 Lions, Sizzling 777 Deluxe, and Power of Gods: Hades. They are constantly adding new features, such as Volatility Levels, Hold the Jackpot, Collect to Infinity, and Cash Infinity, to their player engagement suite. Their goal is to provide state-of-the-art mechanics and innovative solutions to maximise value to their players and partners. To learn more about Wazdan, please visit wazdan.com or follow them on LinkedIn, Facebook, Instagram, and YouTube.

The Global Gaming Awards are highly respected and prestigious awards that honour the numerous innovative companies and individuals in the gaming industry. These awards are granted three times a year in different places: London, Asia, and Las Vegas, and they focus on determinating companies in each region. The Global Gaming Awards are backed by Gambling Insider and Gaming America, leading B2B gaming publications. Senior executives from primary gaming companies choose the winners through a voting process that is independently overseen by KPMG in the Crown Dependencies.