Wazdan’s Best Games are now Licensed by the Dutch Regulator 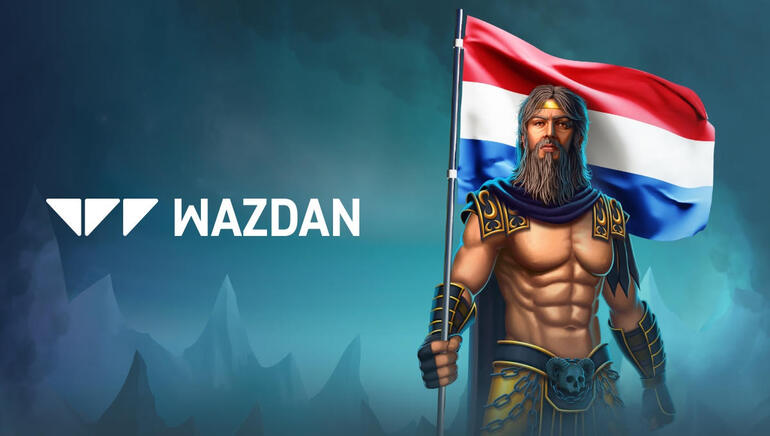 Wazdan has entered the Dutch market after having 23 of its games licensed by the local authorities and is now present in 18 regulated markets.

Wazdan is a leading software developer with a presence in many European countries. It operates in places where online gambling is legal and has its games licensed by local regulators. The company is on a constant expansion and this March it is ready to enter the 18th market, after receiving a certification from the Dutch regulator. This license will enable the company to provide players from the Netherlands with 23 of its best-performing titles.

Wazdan’s recently acquired license will apply to 23 games and more are expected to follow in the foreseeable future. For the time being, local players will be able to enjoy classic games such as 9 Lions, Sizzling 777 Deluxe, and Larry the Leprechaun. The list also includes the popular games in the Hold the Jackpot series, such as Fortune Reels, Power of Gods™: Hades, Sun of Fortune, and Sizzling Moon™.

Dutch players will also benefit from unrestricted access to the Unique and Special Wazdan features, such as Volatility Levels™ and Buy Feature. These have proven to be hugely successful on the international scene and are expected to be just as popular in the Netherlands. The local market is on a constant expansion since the current format was adopted in October 2021. Dutch punters have a keen eye for slots and the 23 games represent an excellent starting point to get familiar with the Wazdan gaming experience.

The leading software developer has expanded to several regulated markets in recent months, including Belarus, Greece, and West Virginia. Acquiring the needed license to operate in the Netherlands represents an important achievement for the company. Wazdan takes great pride in its commitments to provide players with access to the best games in a secure and legal environment. Players can find plenty of information about the games, the return to players, and game mechanics before they start spinning the reels.

Now that the company is already present in 18 jurisdictions, it has high expectations for 2022 and beyond. The entire team has worked hard to create and deliver these amazing games to demanding players. It is time to reap the rewards and see the impact that these amazing slots have on the operators promoting them in the region. All in all, the company has more than 140 slots developed in HTML 5, which makes them perfect for mobile devices.