What Is It With Egypt? Ancient Egypt-themed Slots Making a Comeback 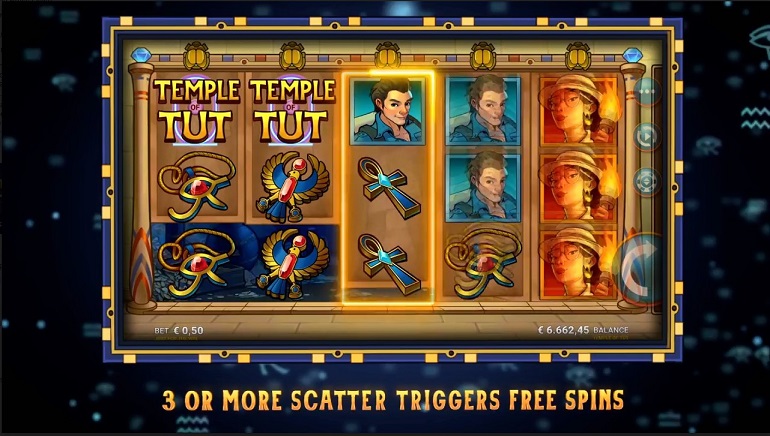 Slots based on the myths and history of Ancient Egypt have been making a serious comeback, with several fresh titles by different game developers.

The mysterious world of ancient Egypt has always been an inspiration for the entertainment industry in all of its forms so it comes as a little surprise that the online gambling industry jumped on the band wagon, producing many Egypt-themed slots over the years. And, while we had a break of sorts for a brief period, it seems that casino games based on the myths and history of ancient Egypt are back in a full swing once again.

Blaze of Ra by Push Gaming

Push Gaming is a fairly new game developer that's quickly become a recognizable name in the industry. Among the several successful slots they've introduced recently is Blaze of Ra, an Egypt-themed slot that takes players deep inside the Egyptian desert hiding enigmatic pyramids. The game features already familiar symbols (albeit with a fresh design) such as Anubis, Bastet, Horus, as well as scarabs and ankhs, and an exciting bonus feature with three locked wild reels.

Legacy of Egypt by Play'n GO

Play'n GO's latest slot from this category is Legacy of Egypt and, once again, players are introduced to the deities of ancient Egypt, pharaohs, and famous Queen Cleopatra. This 30-payline slot boasts very sharp graphics and fast gameplay, but the bonus feature is somewhat familiar as it is almost identical to the one found in the Montezuma slot. By landing three pyramid scatters, players trigger a random number of free spins with a random multiplier and free spins can be re-triggered with a fixed multiplier for the re-triggered number of spins.

Temple of Tut by Microgaming

Microgaming's Temple of Tut sets players on an adventure that takes them on a chase after the great treasure of the famous Egyptian king Tut. Done in a cartoonish style and with suspense music playing in the background, this 10-payline slot is somewhat different from other latest releases as it isn't as complex. That said, the game does come with the Super Reel feature, which adds stacked wilds on random reels, improving your chances to connect those vases, ankhs, and, of course, male and female explorer symbols for a big win.

The last but not least, the Ancient Egypt slot by Pragmatic Play comes with a name that leaves little place for any guesswork as to what this game is all about. Featuring golden scarabs, Cleopatra, ankhs, and unavoidable Anubis, Ancient Egypt comes with the familiar Pragmatic Play vibe. Three golden scarabs anywhere on the reels trigger a click-and-pick bonus where players can win free spins with a special expanding symbol, which seems to be another common feature in ancient Egypt-themed slots.