The strong pushes in each of the states indicate how regulation is moving forward.

With the last Quarter of 2015 setting in, the progress of online gambling regulation in the US comes into question again.  Online gambling has worked in the US, as evinced by the popularity of US-accepting online casinos such as Rich, 21Dukes and Las Vegas USA.   Currently, three states are in serious negotiations to join Nevada, New Jersey, and Delaware as US states that regulate online gambling.

In Pennsylvania Democratic Governor Tom Wolf supports online gambling as a needed way to raise revenue through new taxes.  The Republicans in the state staunchly oppose the idea of new taxes as the solution, including from online gambling.   While the original July 1st deadline has passed, the Pennsylvania legislature is still working on a regulation budget.

The fact is Pennsylvania regulation proponents are encouraged.  Penn National Gaming CEO Tim Wilmott claims that “we’ve been encouraged by the hearings that we’ve participated in, in and around the state of Pennsylvania, that there’s more of an appetite to consider these options than there ever has been.”

In the state of New York, a Senate committee is set to consider regulation during a hearing scheduled for September on a bill introduced last May.

With an MGM Resort-commissioned study last year claiming that New York residents could be spending as much as $110 million a year on the offshore online poker market, there seems to be some sizable taxable revenues for the state to harness with regulation.

Meanwhile, in California, a final push coming is coming from a consortium of gaming tribes, card rooms, Amaya/PokerStars and racetracks to push through an iPoker bill in the before the end of this year’s legislative session.  However, opposition from tribal land-based operators are slowing the course of the reporting of the bill to the floor of the Assembly before the September 11th deadline.

While 2015 may be too soon, the regulation bills in New York, California and Pennsylvania all have enough traction to reasonably call regulation in 2016 a realistic possibility. 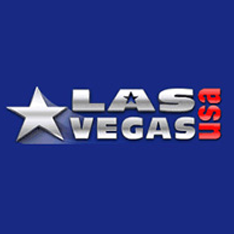 Forcing Regulation? New Legislation in Nigeria to Govern Lotteries is the First Step

Unhappy with Lack of Regulations