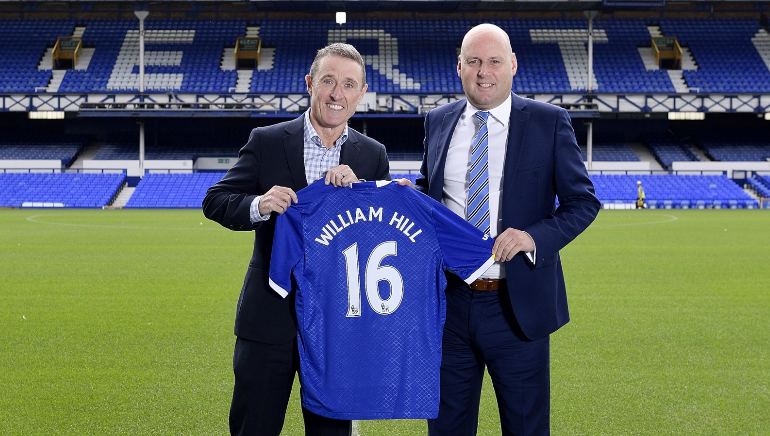 William Hill is going through a difficult period, after its CEO was recently fired. Competitors are closing the gap and threaten their lead with effective campaigns and better marketing strategies. They didn't jump on an offer for a purchase from 888 and Rank either, but there is still a silver lining. August began on a positive note as William Hill has signed a two-year agreement with Everton. As a result of this deal, the UK bookmaker and casino will become the Club’s Official European Betting Partner.

William Hill will put its tremendous experience and resources behind this agreement. It will offer special odds on various markets that include Premier League and cup fixtures. Punters will benefit from access to exclusive competitions and an overall superior betting experience. Everton fans will be the direct beneficiaries of this deal, but all William Hill customers will take advantage.

In return, the bookmaker will benefit from better exposure as its name will be featured on Everton’s LED screens. Alan McTavish, Head of Commercial at Everton Football Club expressed his satisfaction for this newly signed a deal. The club he represents always sought to associate its name with leading gaming and betting companies. William Hill meets this profile and promises to be a reliable partner for at least 2 years

A Breath of Fresh Air for William Hill

The bookmaker and casino still has a dominant position in the United Kingdom, but was in dire need of a change. Its chief marketing officer Alex O’Shaughnessy confirmed the importance of signing this agreement. He highlighted the importance of working closely with Everton, a club with outstanding tradition and a dedicated fan base.

Everton supporters are known for their commitment and unswerving dedication even through hard times. Now that the Blues are thriving, the upcoming season has the potential of being one of the best in the decade. William Hill is expected to take advantage of this opportunity and improve its coverage in both the UK and the emerging interactive markets.