Britain's biggest bookmaker William Hill looks to be continuing its expansion into other fields of gambling, with recent reports that it has begun talks to purchase mobile gaming company Probability.

Many mobile options on table

While the talks are only preliminary, British newspapers quoted people close to the situation as saying that William Hill is looking at a range of mobile gambling acquisitions and that there is still some chance the deal may not go ahead.

However, Hill is known to be keen on the mobile market, and other sources told newspapers that the company could be willing to pay a significant price for Probability, which was founded in 2003.

What will Probability bring?

The brainchild of entrepreneurs Charles Cohen and John Scaife, Probability is an expert in producing gambling platforms for smartphones and other hand-held devices. Ladylucks, which provides mobile bingo and slot machines, is one of Probability's better known brands.

If the deal goes ahead, it would add to a long list of acquisitions made by William Hill this year. It already purchased three land-based sports betting companies in the US in the first half of this year: Brandywine Bookmaking LLC, Nevada-based sportsbook American Wagering and Club Cal Nava's satellite race and sportsbook divisions. 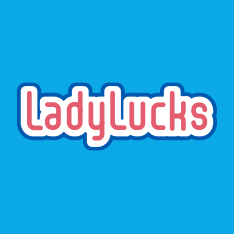