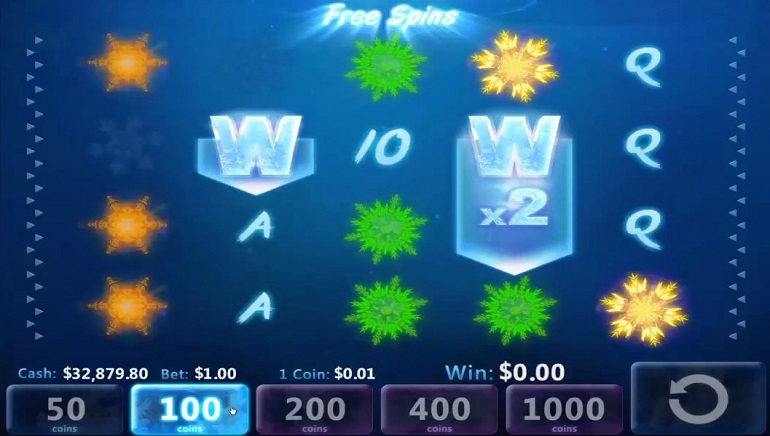 The premium slots at Win A Day Casino welcome their most recent member, as Ice Crystals video slot machine was recently introduced. Advertised as a premium slot with high paying features, it is also at the cornerstone of a generous campaign aimed at celebrating its addition to the existing collection of games.

The Perks of the Snowflake Symbol

The new slot machine has the particularity of appealing to both amateurs and professional players, with flexible betting limits. Beginners can experience the thrills of spinning the reels of a new video slot without taking big chances, but the lion’s share goes to those willing to bet at least 200 coins per spin.

Players who bet 200 coins or more each round, will activate the blue 3D snowflake which is one of the premium symbols in Ice Crystals. Just as the name suggests, it has the ability of bumping up profits and when it is activated the payouts can go as high as 100 times the bet. Such features are available only in premium slots and with this addition, Win A Day Casino can brag about having as many as 33.

Another pleasant sight when spinning the reels of Ice Crystals is the Trailing Wild, which has the uncanny ability of cloning itself down the reel. When this happens, players can multiply their winnings several times and free spins are also triggered in the process. When the active pay lines lights up, the profits can be doubled, tripled or even increased four times.

The Trailing Wild augments the wild symbol which initially occupies a single spot and moves down the reels one step at a time until it reaches the bottom row. The best case scenario is to end up with as many as four wild symbols stacked vertically on the real, which increases the number of winning combinations.