With World Cup Agreement, Betway Takes Darts Sponsorship to the Next Level 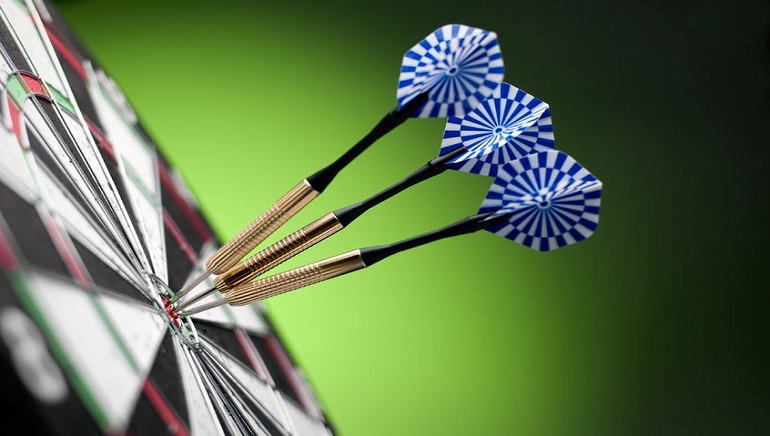 The online bookmaker's Betway name will be attached to this summer's World Cup of Darts.

Leading online bookmaker Betway has signed an agreement with the Professional Darts Corporation to become title sponsor of the highly anticipated World Cup of Darts this summer.

The £250,000 Betway World Cup of Darts will feature representatives of 32 nations televised live on worldwide Sky Sports broadcasts from June 2-5. Two-player teams will compete against each other in the Paris format for the championship.

This takes Betway's existing relationship with darts to the next level after having already established a two-year sponsorship of Betway Premier League Darts.

Betway’s Anthony Werkman calls the support of “another blockbuster darts format a strengthening of the relationship” with Premiere League Darts. A thrilled Werkman predicts the Betway World Cup of Darts to be “yet another fantastic showcase for the sport” that will “bring darts fans closer to the action in Frankfurt.”

PDC Chairman Barry Hearn expressed his own organization's delight with the prospect of Betway furthering their support of the PDC championship competition through this latest World Cup sponsorship.

Hearn reminds that the growing popularity of the sport of Darts in general and the World Cup in particular is reflected in the fact that more broadcasters and nations than ever have expressed interest in being involved.

Defending World Cup champion England will once again be represented by Phil Taylor and Adrian Lewis. The dynamic duo will be seeking their fourth title since the event's inception in 2010.

Former champions Netherlands look to provide the stiffest competition from a field of 32 finalists that includes traditional powers Wales, Australia, Belgium and Scotland alongside emerging nations such as Philippines, Hong Kong, New Zealand and South Africa.

If you have not experienced a professional darts match lately, it's certainly time for another look. The lively new competition format has given the timeless sport a new state-of-the-art feel.