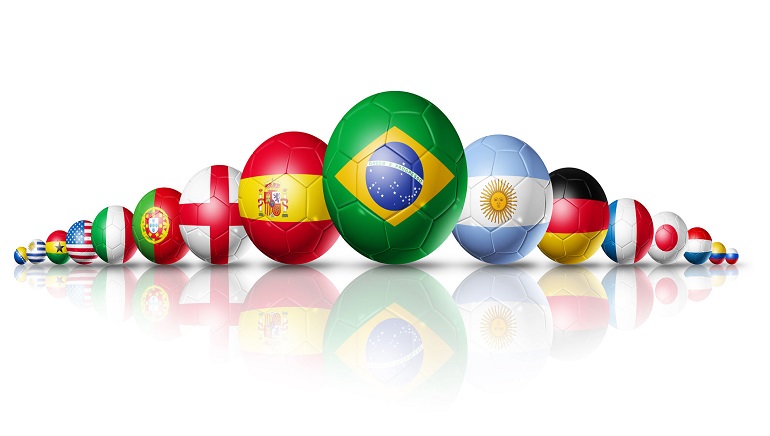 The most important football competition in the world starts this week, with perennial favorites playing for the coveted trophy.

For one month, Russia will be a hotspot of entertainment for football fans. That’s because this nation hosts World Cup 2018, an event attended by the best teams in the world. There are a couple of notable absentees, such as the Netherlands and Italy who failed to qualify for the event. All the other perennial favorites are ready to showcase their skills in front of an enthusiastic audience. Billions more will watch at least some of the games on TV, so there’s huge interest for this competition.

Brazil and Germany are Favorites to Lift the Trophy

These two teams have dominated the international football stage over the last couple of years. The Europeans have ended Spain’s dominance and after winning World Cup 2014 are once again favorites. They have an exceptional team, with good balance between strikers, midfielders and defenders. Except for some lingering tensions between a few players and the fans, everything looks promising.

Brazil is the main favorite after a string of consecutive victories in all competitions. They have one of the best defending team and offensively have always been famous for fielding quality strikers. Neymar is also credited with the first chance to emerge as the top scorer the competition. Spain and France are second in line, at least as far as bookmakers are concerned. Spain won the World Cup eight years ago, while France were on the verge of winning the Euro 2016 in front of their fans.

The Last Chance for Messi to Win the World Cup

Messi will turn 31 this June, so for the Argentinean superstar this is probably the last chance to win the trophy. His national team has remarkable footballers and an excellent distribution across all key compartments. Lionel can rely on the support of talented strikers, such as Higuain and Dybala, so their opponents will have to watch out for several threats. Defensively, Argentina relies on footballers that have spent a lot of time playing for the most important European clubs.

Uruguay is in a similar situation, with a high-powered offensive featuring three exceptional strikers. Suarez, Cavani and Stuani are all 31 and they are arguably at the peak of their career. Their country is the ninth favorite at most bookies, ahead of Colombia and just a bit behind Portugal. The South Americans have also improved their defensive greatly and are expected to win their groups. Colombia plays in the most balanced group at World Cup 2018, one featuring Poland, Senegal and Japan.

Belgium is once again leading the pack of outsiders regarded as solid contenders for the trophy. They have been in this situation at the last major tournament, so it is a familiar position. With the likes of Lukaku and Hazard up from, they pose huge offensive threats to even the best teams. They were able to keep clean sheets in many friendly games and have an experienced manager at the helm.

England is given odds as high as 20/1 at select bookmakers. The Europeans haven’t achieved anything notable at a major tournament for many years now. However, they have one of the most talented generations in decades and can rely on a world-class striker. Harry Kane is going to spearhead the offensive after being one of the most prolific goalscorers in the English Premier League.

Portugal rallied behind Cristiano Ronaldo at Euro 2016 and caused a huge upset in the final act of the competition. Memories of that exceptional victory are still very much alive in the minds and hearts of their fans. Once again, they will trust their inspirational striker to lead them to victory in the most important football tournament. They only start with the second chance in a group also featuring Spain, but are big favorites to qualify at the expense of Morocco and Iran.