The latest online gambling news from around the world.

Portugal is planning to implement taxes on online gambling in order to bring in more national revenue. Portugal was left on the brink of bankruptcy after a 2011 bailout, and is in dire need of more profit. It is estimated that levying taxes on online gambling can earn over  €250 million in just the first year, making this a viable option for Portugal's savings.

Another Achievement for Bally Technologies in the UK

Michael Probert, Bally's Interactive General Manager, commented on the partnership, "Daub Alderney Ltd. is a leader in the United Kingdom online gaming market with some fantastic brands, and Bally is excited to begin this partnership. Our proven game content has been extremely successful in land-based casinos worldwide. Now players will have the chance to experience Bally games from anywhere."

Global online gambling giant William Hill will be launching a new betting website under Swedish jurisdiction. It will offer players the opportunity to play poker, bingo and other various casino games, as well as betting on the prominent Swedish football teams, Allsvenskan and Superettan. There will be a bonus for new players of 100% on their first deposits up to 1,000KR.

The popularity of Swedish online gambling took off in 1997, when Sweden's two major lotteries, Tipstjanst and Svenska Penninglotteriet, joined together to form a single company. The new company was called  AB Svenska Spel, and together with the horse racing company Trav och Galopp, has a monopoly over all gambling in Sweden today.

This monopoly on gambling has elicited criticism from the EU, and rumors arise every so often that the Swedish government will dispel the monopoly and open it up to the domestic gambling market. Of course, this market would still be regulated by the government, as would the rules for foreign operators' licenses. The new legislation is said to take place in 2014. 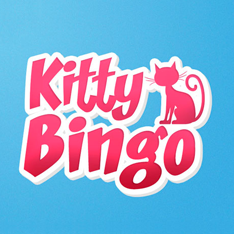