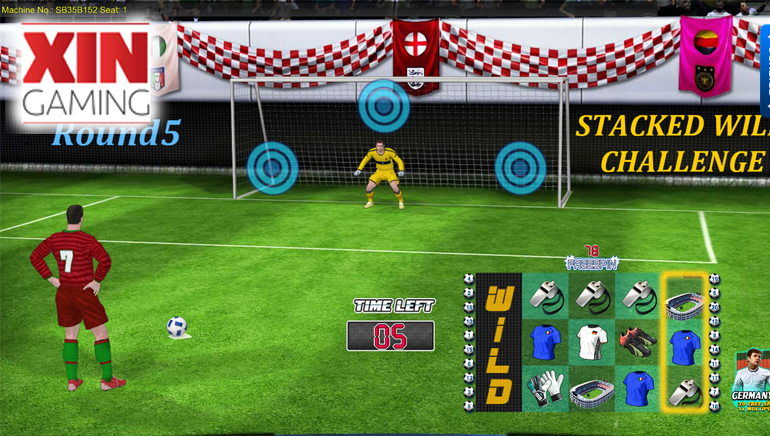 XIN Gaming one of the biggest game and software developers in the Asian market celebrates the beginning of this summer major football event with the release of their Euro Football Champ Slot Game.

With this summer’s major sporting event, the UEFA Euro 2016 taking place these days, the online gambling market was certainly going to take advantage and release some related titles.

XIN Gaming, one of the biggest developers of games and systems in the Asian market has released its newest slot game themed after the upcoming event. It is called Euro Football Champ and will allow players that are looking forward to this year’s French hosted tournament to get even more football related entertainment.

The game boasts 5 reels, 3 rows and 20 lines and includes numerous special features that have a football theme such as the random wilds or penalty-shooting random wilds. Players will certainly enjoy the free spin feature that will allow them to choose the country they play for.

XIN Gaming’s CEO Mathias Larsson declared that the release of Euro Football Champ won’t just solidify the company’s spot as the biggest Asian developer but will also showcase its flexibility and ingenuity by delivering a fun, beautifully designed game that also caters to a special event such as the Euro 2016.

XIN Gaming is one of the biggest games and casino operating system developers in the Asian gambling industry and a growing presence in the world scene. While most releases are oriented towards the Asian market, the company gained a solid international reputation thanks to its highly ingenious and flexible creative process which allows them to adapt to a truly worldwide audience.

The company has released numerous other titles, both slot games as well as a series of table games. Among its latest slot releases we can mention titles such as Monkey King, Sky Guardians, Candy Quest, Ice Crush, Fantasies as well as Year of the Monkey or Moon Festival.