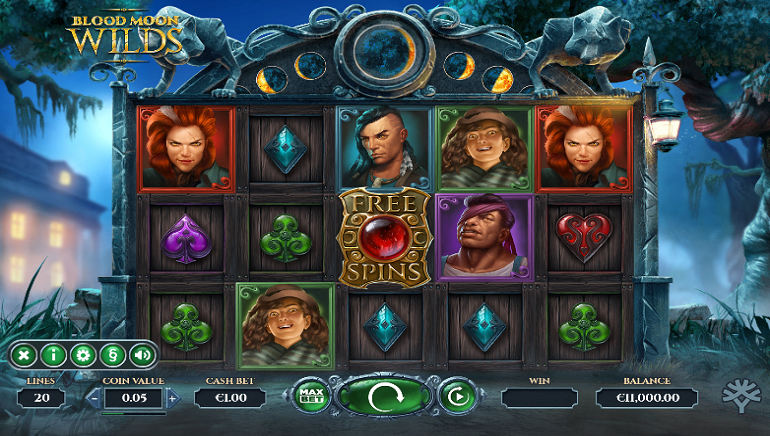 Werewolves appear in Blood Moon Wilds, a new Yggdrasil slot set in New Orleans and packed with special features, including a Lunar Calendar.

Blood Moon Wilds is an ambitious new video slot release from Yggdrasil Gaming, which is entering the realm of horror for the first time. In showcasing the launch, Yggdrasil revealed that the story is set in a New Orleans bayou that is home to werewolves who emerge with a full moon.

A cast of striking character symbols can be aligned when they match one another from left to right. The characters are more rewarding than the playing card suits in the base game, but even the cast can pale in power next to the intriguing special symbols.

Free Spins symbols function exactly as the name suggests, but will only trigger when at least three are landed. Three symbols can deliver seven spins, four shall bring 10 spins, five can provide 12, and six gives out the maximum of 20. Only two symbols are needed to re-trigger the feature while it’s running.

The Lunar Calendar is another striking feature and can be viewed at the top of the screen. This mechanism moves with each spin to display a current state of the moon in its cycle. If a full moon is shown, this changes all high paying symbols into Werewolf Wilds. During free spins, there are blood moons that can cause the wilds to stay on the screen.