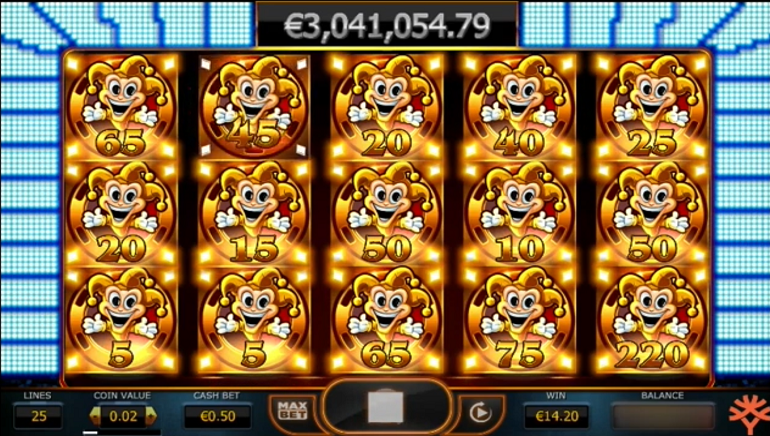 Yggdrasil's Joker Millions slot awards another progressive jackpot, this time to the tune of €3,041,054 going to a lucky player from Finland playing the game on her phone.

In the past 10 months, Yggdrasil progressive jackpots have paid in excess of €14 million including the most recent win that came on Casumo to the tune of €3.04 million. This time around, the lucky player struck gold playing at just €0.50 a spin on the company's hugely popular Joker Millions slot.

Third Big Jackpot in a Year

With this latest win, Yggdrasil has achieved a hat-trick for the 12-month period as this is the third major win during the said time-frame. The biggest of the three progressives was won back in November of 2018 on the same slot and to the tune of €7.8 million.

The second hit came in April of this year, when the Empire Fortune slot awarded €3.1 million. Empire Fortune and Joker Millions are two of the company's most popular games, with the latter one being released in 2015 and going strong ever since.

Another Jackpot Won on Mobile

The latest jackpot of exactly €3,041,054 goes to a player from Finland who decided to try her luck with Joker Millions playing on her phone. Like the rest of Yggdrasil slots, this one is fully optimized for mobile play and provides players with an opportunity to have fun on the go without having to be close to their computers.

Quite a few progressives in general have been won by players spinning away from their phones lately, which just confirms a rising trend in the mobile gaming segment and shows that players love to have the freedom to play whenever they feel like it without time or place constraints.

What makes the story even more entertaining is that the lucky Finnish player was a brand new Casumo customer. Both Yggdrasil and the casino management have extended their congratulations to the latest winner, with Yggdrasil CEO Fredrik Elmqvist expressing his delight at the fact that several loyal fans of the company's games have been handsomely rewarded in the fairly short period.