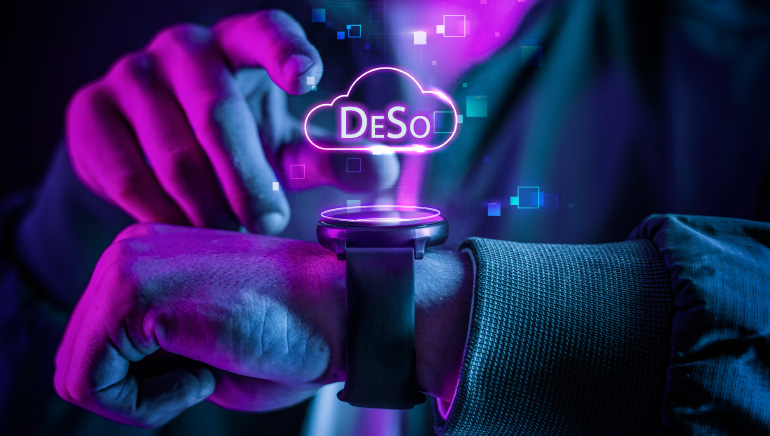 Join us as we discuss why blockchain-based decentralised social (DeSo) media platforms are censorship-resistant, pro-consumer and online gambling friendly.

Throughout history, there have been watershed moments where new developments and technologies have forever changed how we do things. The first was harnessing fire, then the creation of the wheel, the utilisation of electricity and so on until we invented the internet.

There was a point when we looked at these world-changing developments, then considering the impact of the world wide web, wondered if we had peaked as a civilisation. After all, we had all the tech we needed and now a communication and data-sharing medium covering the globe.

Then we were introduced to the blockchain, and everything we thought we knew was again challenged. We had mastered international transacting, but it was controlled by the banks. We used 128-bit SSL security online, but data hacks were an ongoing reality. Ownership of unique artworks gave them value, but forgeries still exist. The blockchain presented itself as a new paradigm for all these issues and more.

As with the rest of the world, the online gambling community first became aware of the blockchain thanks to the incredible rags-to-riches story of Bitcoin. The cryptocurrency was ignored for many years until 2013 when the story of Kristoffer Koch and his $27 Bitcoin windfall made headlines worldwide.

Little would Koch or other early Bitcoin investors know that his story would cause a bull run on the digital currency that would peak at $68,000 BTC in November 2021! A high point that would value the Swede’s initial purchase at $340 million had he chosen to keep it all.

The Blockchain and Online Gambling

Beyond the financial component of cryptocurrencies, the blockchain offered the online gambling community many other benefits, including:

Even with all these benefits, the one area where online gambling is still facing challenges is in the sharing and ownership of online media. The main reason for this is that the largest social sharing channels are owned and operated by traditional media outlets that do not understand the industry and must comply with local regulations.

The Rise of Decentralised Social Media

A glaring issue with having content ownership and distribution controlled by mainstream media is the recent banning of online gambling streams by live streaming service Twitch. Rather than address the shortcoming of their age-gating processes, Twitch chose the easy-out and banned content creators from playing slots online, despite these streamers having large and engaged communities.

While the blockchain quickly presented itself as a decentralised financial (DeFi) processing solution, a data security hub and even an information transmission portal, it is only now becoming a viable social discourse platform.

"Decentralized social networks are blockchain-based platforms that allow users to exchange information as well as publish and distribute content to audiences. Because these applications run on the blockchain, they are capable of being decentralized and resistant to censorship and undue control."

An additional benefit of this focus on socially focused blockchain tools is that they naturally lend themselves to other content-sharing options such as free email accounts, blog hosting and development, podcasting and more.

DeSo and Online Gambling Are a Perfect Match

Despite widespread licensing and regulation, online gambling is still not afforded the same privileges as many other industries. This often leads to censorship, limitations on how and when players can gamble, and even the loss of winnings.

Hosting gambling live streams, podcasts, and blogs on DeSo platforms will ensure that casino fans and content creators can engage with one another and participate in their favourite hobby without the fear of being shut down because the platform fears losing mainstream ad revenue.

Both users and creators of decentralised social media platforms can increase their cryptocurrency holdings without buying them or mining them. For example, the popular crypto social network Minds rewards its users with ERC-20 tokens for “creating popular content, referring friends or providing liquidity”.

Not only do DeSo platforms protect freedom of speech through anonymity and security, but it offers an internal ad revenue ecosystem that is self-sustaining. Best of all, you can use the cryptocurrency you earn from engaging online to play at your favourite Bitcoin casino. A circle-of-life use case that would make Satoshi proud.