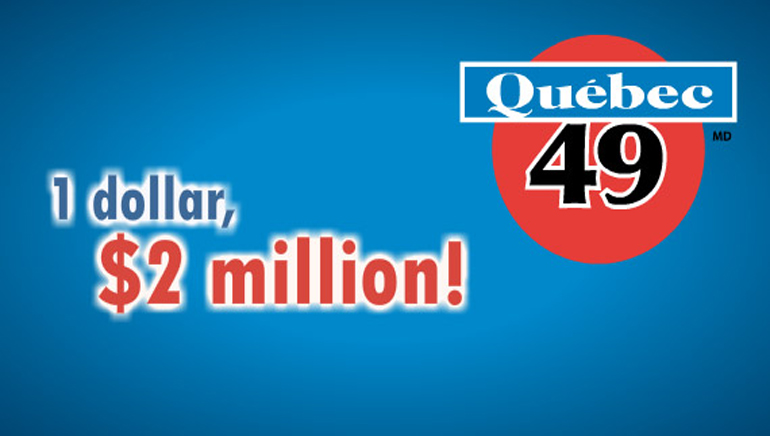 Quebec 49 is a bi-weekly draw, every Wednesday and Saturday and for just $1 you can win the grand prize of $2 million.

Quebec 49 is run by Lotto Quebec which is a government agency. The game was first launched in October 1997, however, ten years later a newer version  was released. Quebec 49 is a bi-weekly draw, every Wednesday and Saturday and for just $1 you can win the grand prize of $2 million.

To play, you need to select six numbers from 1 through 49, hence the name, Quebec 49.  Seven balls are randomly drawn from the ball machine containing balls numbered from 1 through 49.  The first six balls to be drawn are the winning selection, while the seventh ball is the bonus number. To win, a single selection must contain three, four, five or six numbers that match the winning selection.

You can play by either asking for a Quick Pick (a selection of numbers randomly generated by Lotoâ€‘Quebec computer) or you can pick your own numbers by completing the selection slip. You simply need to select six numbers from 1 through 49.

Prizes can be won in six different categories:

There is no cumulative grand prize for Quebec 49 because when the grand prize is won, the amount paid out to the winners always exceeds the sales revenue generated by this draw.

Approximately 25 percent of Loto-Quebec’s profits are returned to the government of Quebec. Loto-Québec also finances a program for the prevention and treatment of compulsive gambling and sponsors a number of community events.