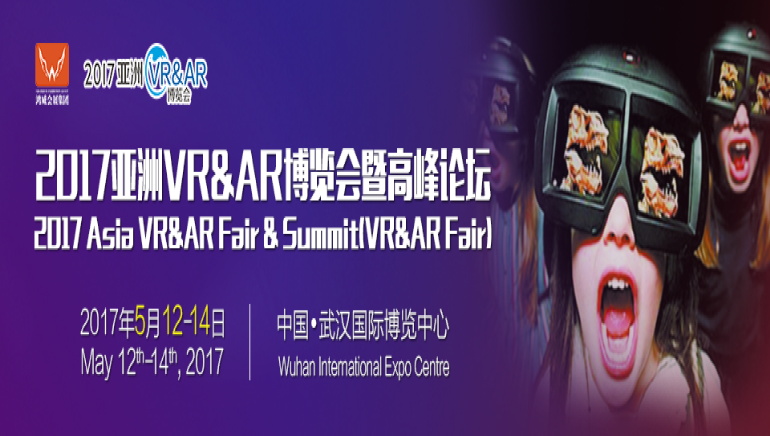 2017 VR&AR Summit in Wuhan, China, will provide insights into the booming Virtual & Augmented Reality industry, expected to reach the value of $120 billion by 2020.

On May 12-14, Wuhan International Expo Center in China will play host to the 2017 Virtual Reality and Augmented Reality Summit. The influence of VR and AR technologies is starting to become evident in many everyday activities, such as entertainment, education, shopping, and more. China, being on the forefront of the video gaming industry, is in an ideal position to host an exhibition such as this, which will look into current VR&AR developments, but also provide peeks into what future has in store.

Many experts agree that VR is the next big thing that will usher the revolution similar to the one that came about with the development of smartphones. China clearly recognizes this, as the last year marked the fist time the VR technology was used for the college entrance exams.

With Facebook buying Oculus VR for $2 billion, there is no doubt that 2017 will see more technological giants like Google, Microsoft, and Huawei, continue to invest in VR&AR technologies, creating significant breakthroughs along the way. It is estimated that by 2020, the Virtual and Augmented Reality industry will be worth $120 billion.

What to Expect from the 2017 VR&AR Summit

In light of all these facts, the 2017 VR&AR Summit in Wuhan will gather a number of experts from the computers and internet industry, but it also appeals to entertainment industry insiders, real estate developers, security experts, and more. VR&AR technologies are the future, and people from all walks of professional life are interested to find out what that future has to offer.

There will be a few events running concurrently with the 2017 VR&AR Summit, including VR Education Forum and VR/AR Industry Development Conference, providing further insights into this booming industry, discussing investment opportunities, and more.

As for the exhibition taking place during the 2017 VR&AR Summit, visitors will have an opportunity to see new hardware equipment, application solutions, newly developed VR&AR technologies, games, and software. Additionally, they'll also have a chance to see a VR/AR content creation demonstration.