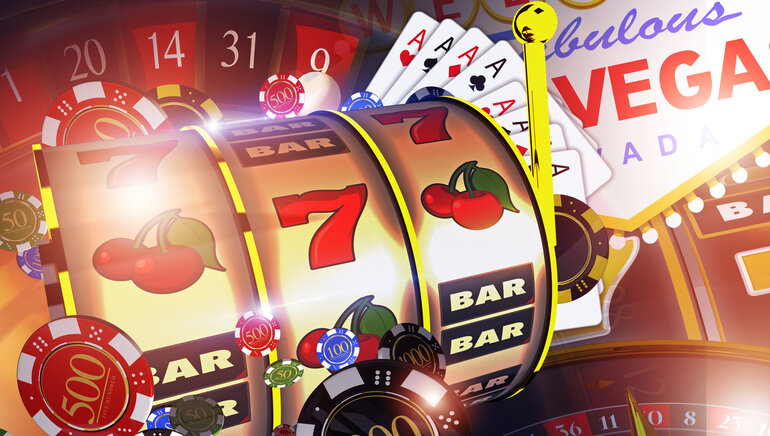 Check out the extensive list of slots, table games, and video dealer entertainment coming to online casinos in Q1 of 2022 courtesy of leading software developers

The first quarter of 2022 promises to be memorable for those who enjoy slots and table games. That’s because the leading providers have announced the release of immensely popular games for online casinos. Some of them have already hit the stores, while others are scheduled for release in the weeks to come.

Some of the most anticipated slots of 2022 Q1 are already available at leading online casinos. Check out these four slots below and kickstart the year with a memorable online gaming experience.

Colossus: Hold & Win is the latest video slot from iSoftBet, a leading software developer famous for its mobile-friendly games. When you spin the five reels of the game you have the chance to produce winnings on one of the 20 pay lines. The Colossus Wild is the best paying symbol as it expands across several reels to trigger multipliers up to 10 times the profits.

Find a minimum of six shining gold coins to begin the Hold & Win Respins. It is during these bonus rounds when you can win extra payouts, not to mention the Colossus Rising Flame which players up to multiply the coin value tenfold. Trigger the Minor, Major, or Colossus Award and win between 50 and 10,000 times the bet, so there is a lot of money to be made with this game.

Yggdrasil and Peter & Sons invite players to enter the world of demons with the newly released slot of Xibalba. The slot has a standard 5x3 reel set and its height can be expanded each time players score a big win. At the end of a winning round, the paying combinations are removed by the cascade McKenney, yet the Wilds continue to grow throughout the game.

You would need at least two scatter symbols to trigger the Gigantor feature. This has the merit of producing a respin, and the corresponding supersized symbols of 3x3 in size. Find additional scatter symbols across the reels and you get 15 free spins with unlimited multipliers during the cascades. In some countries, players can activate the shortcut of buying free spins for the chance to win larger amounts.

Get the Gold Party Started with Pragmatic Play

Gold Party is a new slot from Pragmatic Play which hit online casinos on January 20. The Irish-themed game has a 3×5 slots matrix and the leprechaun is the central character in the story. Mushroom Houses, Horseshoes, Unicorns, and the Lucky Leprechaun are the symbols populating the reels. Wild symbols can replace any signs on the reels to create winning combinations and multipliers greatly boost profits.

The Money Respin feature is a high-paying game mechanic that is produced by at least six Money Symbols. Regular images are replaced with Money, Multiplier, and Extra Spin symbols and players win extra during eight respins. There are four jackpots up for grabs called Mini, Minor, Major, and Grand, with winnings between 20 and 5000 times the bet. Gold Party has an original game mechanic called Copy Reels which increases the odds for bigger payouts when top paying symbols land on the left reel.

Bison Battle is the latest slot from Push Gaming, available at online casinos since January 19. Players are taken on a virtual trip to the Great Plains where multipliers and instant prize drops are up for grabs. The slot has the popular Bonus Buy feature for ambitious punters who want to boost their profits quickly. In jurisdictions where this feature is available, it pays the way to bigger winnings and fast-paced action.

When green and red bison meet, players receive a minimum of eight free spins and unlimited multipliers. They get three free spins, sticky instant prizes, and even more multipliers when the red and blue bison square off. The battling bison turn the heat up a notch and can turn any spin into a moneymaking machine. This slot is available at all Push Gaming casinos and can be enjoyed on smartphones and tablets.

Upcoming New Slot Releases in the Next Weeks

Many exciting games are already available at top casinos, but for many fans of the genre, the best is yet to come. Over the next couple of weeks, the leading suppliers will release dozens of visually appealing slots with exceptional game mechanics. This is a sneak preview of what’s coming your way this winter.

EGT Interactive invites players to join the samurai journey and unleash the power of Kamakura. The game is scheduled for release on January 22, so it is only a few days away. The new slot is inspired by Japanese traditions and culture, while rewarding players with top payouts. This new slot has five reels and 25 fixed pay lines, populated with symbols that quickly get players immersed in the atmosphere.

It tells the story of the Samurai and the Geisha and carries a jackpot that is triggered during the exciting Jackpot Cards Bonus game. You can play this slot on computers and mobile devices and enjoy free spins when landing at least three scatter symbols. Ambitious punters can activate the gamble feature and multiply their winnings after a lucky round.

Playing slots is supposed to be a fun and relaxing experience. With the Big Bamboo slot from Push Gaming, you get exactly that with the game inspired by Asian culture. The symbols populating the reels quickly get you in the mood for playing and make you familiar with Japanese music. There is more than meets the eye about this game, with free spins, high-paying wild symbols, and special features.

The Mystery Stacks can make each spin of the real profitable while keeping players on their toes for epic winnings. Instead of regular bonus rounds, you get enhanced free spins that act as a gateway to big profits when least expected. Don’t forget about the immensely popular Golden Bamboo symbol which is a high-paying one and you have even more reasons to wait for the official release on March 3.

Major Releases from Push Gaming in February and March

February is the shortest month of the year and not surprisingly, it has some of the fewest games announced. However, what it lacks in quantity compensates through quality and Mount Madness is a shining example. The exciting slot is scheduled for release on February 9 and invites players to the for riches in the molten core of the Earth.

On March 10, the software developer invites players to visit the Mystery Museum. There are untold riches hidden in this virtual exhibition and a fun video slot to enjoy on smartphones and tablets. The month concludes on a positive note, as the highly anticipated slot Nightfall is scheduled for release on March 31.