The estimated Powerball lottery jackpot has climbed to $222 million, with the next draw taking place on Wednesday 14th September, 11pm EST/3am UKT

There were no jackpot winners the last time the Powerball lottery was drawn, so the prize up for grabs this Wednesday night now stands at an estimated $222 million, which equals a cash option of around $150 million.

Although no tickets matched the numbers 03 17 49 55 68 and the Powerball 08 for the $207 million prize on Saturday, there were 2 $1 million prize winners. The last time the jackpot was won was on July 30th when a family that have just claimed the prize and wish to remain anonymous, picked up $487 million, or nearly $342 million in cash.

For $2, players get a ticket with 2 sets of numbers on it. They pick 5 numbers from the main set of 1 to 69, plus a single number from the second set that has 26 on it. At the draw, which takes place at 11.00 pm each Wednesday and Saturday night in Tallahassee Florida, 5 white balls and a red Powerball are drawn, with anyone matching all numbers winning the jackpot or a share of it if more than 1 ticket matches them.

An optional Power Play that costs an extra $1 can multiply all but jackpot winnings, with the $1 million prize for matching the 5 main numbers multiplied by 2 times, and other prizes by up to 5 times over.

Sites like The Lotter, Play USA Lotteries and Jackpot.com Lottery have now opened the Powerball and other major lotteries to a worldwide audience. Players purchase tickets online and any winnings are either sent to their nominated bank accounts or for major wins, they can be collected in person.

The local time differences will need to be considered however, as lotteries like Powerball stop selling tickets around an hour before the draws and with the UK for example, being 5 hours ahead of Florida, British residents would need to have bought theirs online by 3am on Thursday morning to qualify for the next one. 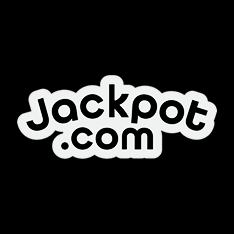