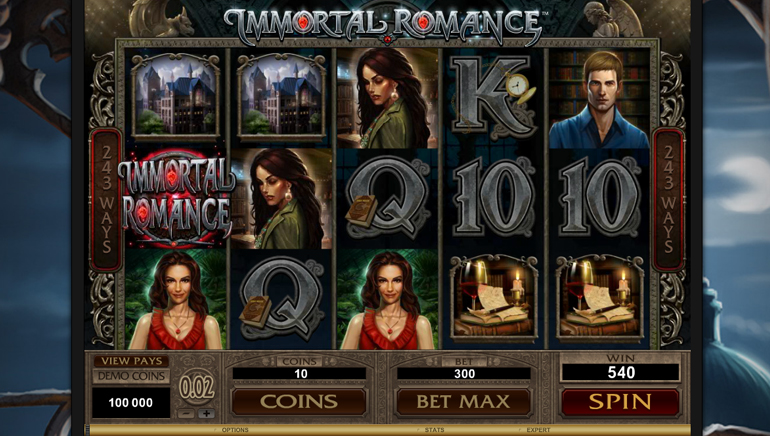 243-ways to win slots were introduced as an alternative to traditional payline slots, creating more winning possibilities for the players.

The online gambling industry is an ever-changing entity, always trying to keep up with the times and offer players something to get excited about. At one point, traditional slots with 10, 20, 50, or even 100 paylines became a bit boring and repetitive, so game developers felt they needed to up their game. The answer they produced came in a form of 243-ways to win slots.

With slots up to that point, symbols had to line up in a certain way on adjacent reels from left to right to form a winning combo. With the introduction of 243-ways to win slots, developers did away with the whole payline concept, making their games pay for all winning combos that contain same symbols on adjacent reels, regardless of their particular positions on the reels. Because of this, these are often referred to as "all-pays" slots.

The number 243 may seem random, but it is in fact the result of 3 to the power of 5, i.e. 3x3x3x3x3. The reason is quite self-explanatory, as most slots have three rows and five reels, so this is the greatest number of combinations that can be offered with this setup.

The Appeal of 243-Ways Slots

The shift from payline to pay-way slots was welcomed by the players, primarily because these games usually have a greater potential for big wins. Even though a single pay-way usually pays less than a payline on 20-line slot, with just a bit of luck, 243-ways slots offer tremendous possibilities.

Add to this a few well-placed features, such as random wilds, wild reels, and stacked symbols, and it becomes obvious why this type of slots is favored by most players.

These days, there are hundreds of slots in the 'all-pays' category, but Microgaming was one of the early adopters of the idea and many of their games are still among the most prominent titles at various online casinos. This includes games such as Immortal Romance (with its exciting Wild Desire feature) or Thunderstruck II. Of course, others have joined the party as well, so we have NetEnt's Jungle Spirit or 7 Sins by Play'n GO, to just mention a few.

As mentioned, though, the online gambling industry always grows and develops, so 243-ways slots are being slowly pushed aside by games offering even more win ways - 720, 4,096, or even more. In fact, today you can find slots with a potential for hundreds of thousands or even millions of winning ways! So, one can just wonder what will happen in a few years time?