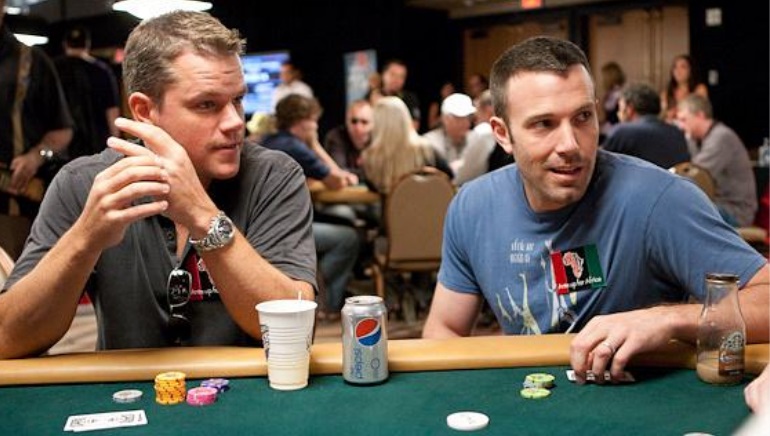 From poker to craps, celebrities love gambling as much as the rest of us. Discover the favourite games of celebs such as Ben Affleck and Charlie Sheen.

Despite being famous and often performing at the peak of their profession, celebrities are not so different from the rest of us. In fact, they even enjoy many of the same activities that we do. Here, we have complied a star-studded list of the top celebrity gamblers and the games they enjoy.

Winner of an Academy Award for when he directed the 2012 film Argo, Ben Affleck is a noted fan of poker. And his poker playing can be traced back to 2003, when he appeared on Celebrity Poker Showdown.

That experience laid the groundwork for his winning of the California State Poker Championship just a year later. The success even qualified him for entry to the final tournament of the 2004 World Poker Tour. Affleck is known for playing poker with fellow actors Leonardo DiCaprio and Matt Damon.

Leading on from Ben Affleck, we have his best friend, Matt Damon. After winning an Academy Award for writing the 1997 film Good Will Hunting, with Affleck, Damon went on to star in the 1998 film Rounders.

Also starring Edward Norton, Rounders has not received the recognition that this hidden gem deserves. In preparation for the role, Damon played in a $10,000 Texas hold’em championship as part of the 1998 World Series of Poker in Las Vegas.

A former rising star in Hollywood, Charlie Sheen has since had to accept success on our TV screens instead. Back when he was married to fellow actor Denise Richards, Sheen was a huge fan of sports.

At that time, Sheen would wager up to $20,000 on some matches and events. However, that is far below the millions that some boxers have wagered on sports betting.

A former US presidential candidate and vice president, John McCain is renowned for his love of craps, the dice-based table game played at casinos. The Vietnam veteran is known for dragging his friends to the craps tables, where he can spend hours indulging in a binge. Apparently, it is said to be incredibly difficult to pry him away from his favourite game.

Despite losing millions of dollars in his divorce settlement, Tiger Woods is not exactly struggling with his bank balance. The legendary golfer has won all major golfing tournaments and is still a hot commodity among sponsors. So, when indulging in a night at a casino, Woods is said to bring along a bankroll of $25,000 to fund his play.

From Celebrity to Professional Poker