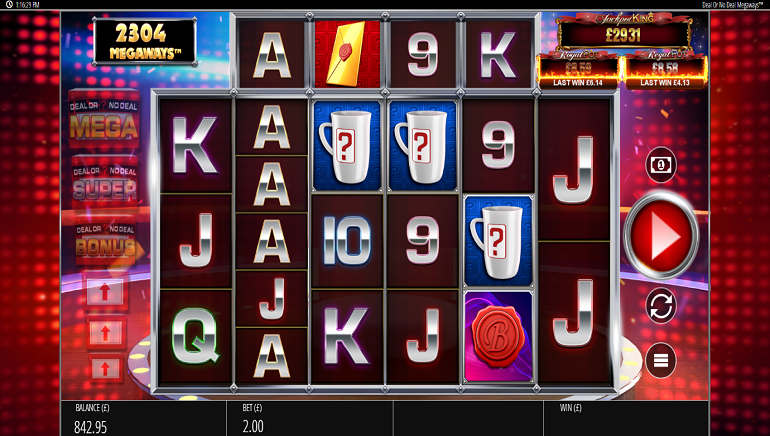 Celebrations continued well into the early hours as a lucky PokerStars Casino player recorded a monster-sized payday on Deal or No Deal™ Megaways™ slot machine game. The Jackpot King record was shattered with this incredible payout!

All It took was €0.80 for a lucky player from PokerStars Casino to record a staggering €8 .1 million jackpot payout. The stars aligned for the anonymous player who managed to scoop up the main pot of Blueprint Gaming’s Jackpot King.

The prize was recorded on Friday, April 30, once the Wheel King segment of the round was reached. The Deal or No Deal™ Megaways™ slot game paid out handsomely. A total of €8,133,445.23 was added to the player's payline winnings in an unbelievable session of slots play. This marked the highest recorded payout ever for Blueprint Gaming’s progressive jackpots.

Jackpot King has established itself as an industry-leading titan, thanks to its massively popular progressive jackpots. Players have an opportunity to win huge sums of money from individual spins on slot machine games. This has driven player participation around the world, and allowed operators to engage with players in many different markets.

Director of Key Accounts and Marketing UK at Blueprint Gaming, Jo Purvis had this to say about the massive win,

‘… Many congratulations to the lucky individual who's received the biggest ever prize from Jackpot King… The latest big win epitomises the beauty of Jackpot King, and why it continues to be an integral part of an operator’s online casino offering… We look forward to announcing more big winners in the future.’