A King's Ransom Awaits with King Winalot Slot from Rival 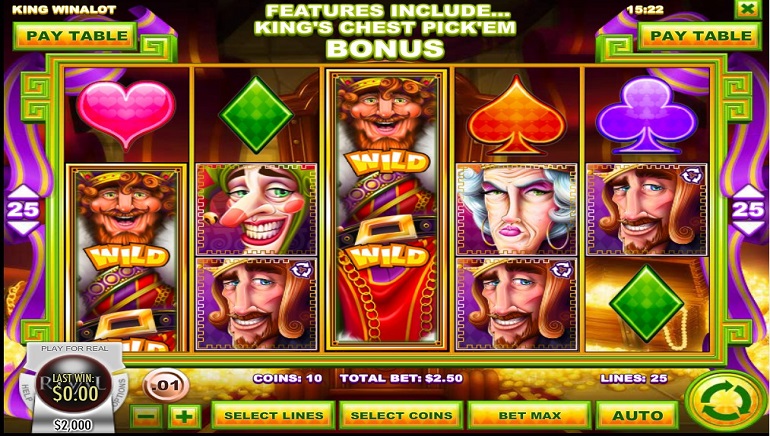 A Game Filled with Gold Coin and Regal Swagger

King Winalot slot game is a tribute to the royals, and it features the Queen as the high-paying symbol, the Princess, the Court Jester, hearts, clubs, diamonds, and spades. When matching symbols form on activated paylines, players are awarded accordingly. The King a.k.a. King Winalot is the stacked wild symbol and it reaches 3 icons high. It replaces other symbols on the reels to form winning combinations.

King Winalot slot from Rival has been optimised for maximum gameplay on all screen sizes, across all devices. Sharp audio-visual elements characterise the game, with bright and cheery colours and an interactive storyline. Immersive gameplay is assured with captivating on-screen elements such as animated characters and fountains of gold coins during winning sessions.