A Look at Microgaming's Releases This April 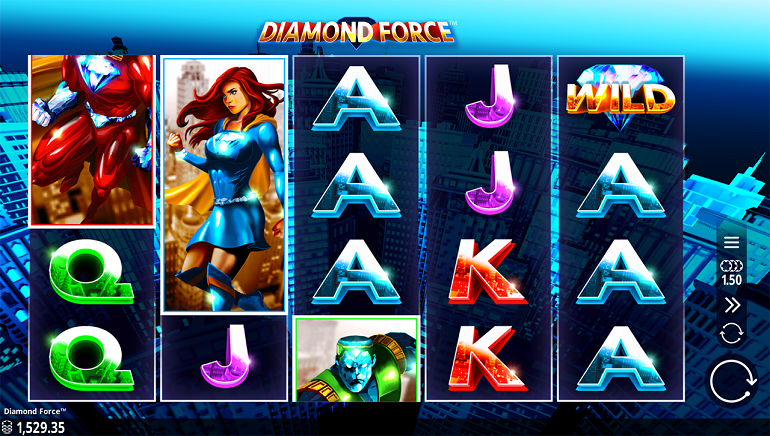 Anderthals™ then leads the way in a group of four new video slots developed by Microgaming’s internal network of studios. Coming from Just for the Win, the Anderthals slot stars a cave couple named Andy and Annie Anderthal. In Anderthals, players encounter a slot fitted with 40 paylines and the ability to trigger random features. Among the perks are expanding wilds, free spins, re-spins, multipliers, and more, with a 2,219x maximum win up for grabs.

All41 Studios, meanwhile, is responsible for the development of the Arena of Gold slot in which gladiators do battle back in the days of the Roman Empire. Adventure and combat are the central themes for this historic slot. Arena of Gold takes place amid the surroundings of a five-reel slot boosted by 25 paylines for players to try and win from. Unlocking the special features can lead to free spins and the specially trademarked Golden Re-Spins™ that trigger with at least six coin symbols.

The Diamond Force™ is a group of four superheroes who combine to save a city. Crazy Tooth Studios is the developer behind this eye-catching release for Microgaming casinos. In the Diamond Force slot, the studio provides five reels and 1,024 ways of winning. Crazy Tooth Studios previously made The Incredible Balloon Machine™ slot and has tailored Diamond Force to include themed features, with players potentially benefiting from the Team-Up Feature and Team-Up Bonus Spins.

The fourth and final April release is The Vault slot, developed by Snowborn Games and set in Paris, where a burglar known only as Jewel is preparing for her next ambitious heist. The core gameplay will provide players with five reels and 20 paylines on which to align winning symbols. Snowborn is further extending the experience by integrating expanding wilds, re-spins, and free spins as special features.