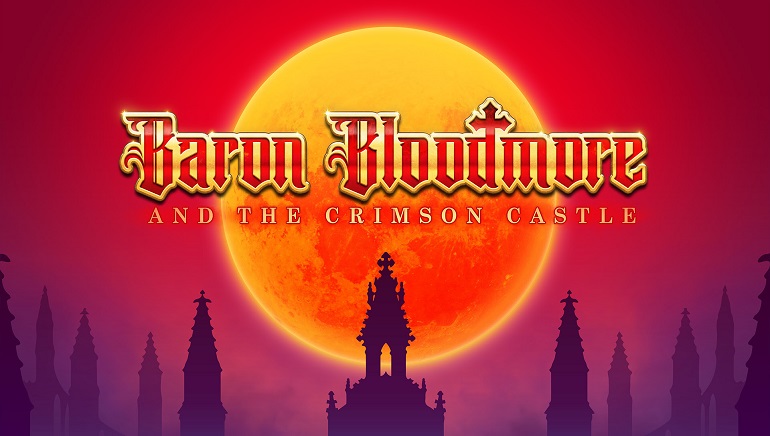 Baron Bloodmore and the Crimson Castle is the latest slot attraction from Thunderkick. This high-volatility slot is filled with features, and an ominous presence.

A combination of ominous symbols lines up on the reels, awaiting their master’s orders. The game rapidly gathers momentum as the reels spin, with vultures, gargoyles, wolves, and a Crimson Castle set against the Blood Moon. It's formulaic, but effective at creating a sense of dread in players, albeit with tremendous winning potential.

The glowing green eyes embedded in the skull bonus symbols are a piercing reminder that players can win Free Spins Bonus games. While this feature is in play, the Massive Mystery Cash Scatter symbols will be triggered. There are also Cash Scatter symbols which can form in combination to award players with the Crimson Cash Bonus game. Here, bet multipliers between 1X and 50X the bet are available.

The Pattern Collect Feature occurs during the Crimson Cash Bonus game, with 5 lit symbol positions. Players can continue through the darkness to awaken the Spawn Feature, which randomly appears with its own multiplier values. Other frightening elements include the Copy feature during the Crimson Cash Bonus game. This one randomly appears and copies the values of other frightening elements on the reels. All in all, players are in for a nail-biting adventure.