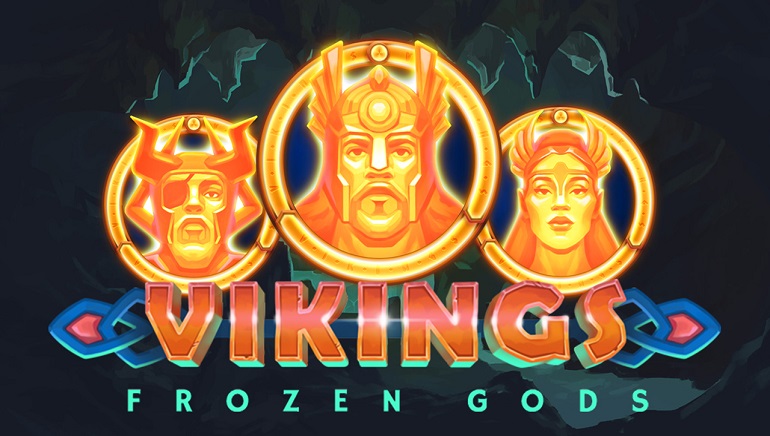 Vikings: Frozen Gods features a familiar theme and characters and promises an exciting gaming adventure due to increasing multipliers and random wilds.

AGames has decided to join the Viking craze that's been going on in the world of online slots, releasing their own Norse-themed game entitled Vikings: Frozen Gods. The slot brings many familiar things, especially in terms of characters featured on the reels, but also some novelties with regards to its features, making it an interesting addition to the large group of Viking-themed games.

Mighty Gods Waiting for Their Prey

Vikings: Frozen Gods features 25 paylines on the standard 5x3 grid. However, what makes the game stand out is the Frozen Gods meter located to the left of the reels. Featuring four well-known gods such as Thor and Odin, the meter is filled up with prey points on every non-winning spin. Initially, the player gives pray to lower gods and three consecutive misses will fill up the prey meter, increasing the win multiplier and moving to the higher deity.

There are four gods on the meter and filling it up all the way increases the multiplier to 10x. To achieve this, players need to give prey to all of the lower gods and then also fill up Odin's meter with three misses. However, any win will reset all prey points.

A Viking-themed game would be incomplete without Loki. The infamous god of trickery and deceit can appear randomly on the meter, stealing prey points from any of the gods, but he will award a random wild in exchange for this theft.

No Resets in the Bonus

To trigger free spins in Vikings: Frozen Gods, players need, as usually, to land three scatters anywhere on the reels. This initiates the bonus mode, during which prey meters are never reset and all Loki wilds are held on the reels for the duration of the feature.

Overall, Vikings: Frozen Gods slot is an interesting game with engaging features and solid graphics. That, combined with the theme that's already hugely popular with the players, should help create some traction for this AGames' latest release.