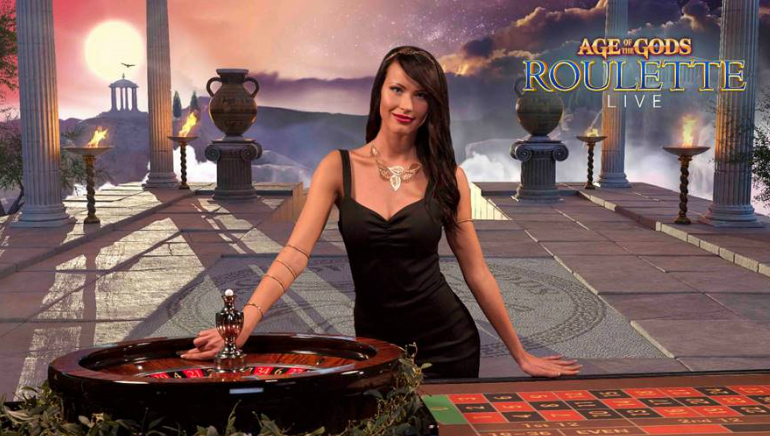 The first Ultimate Power Jackpot lands on the Age of the Gods Live Roulette just two weeks after the launch, awarding the lucky player with £600,000.

Only a couple of week after the launch, Playtech's omni-channel jackpot has landed on the Age of the Gods Live Roulette, awarding one lucky player with a massive amount just shy of £600,000. The game, which shares the jackpot liquidity with Playtech's Age of the Gods series of slots, has been hugely popular with the players, awarding more than £1,000,000 in jackpot prizes in only two weeks it's been around.

Adding jackpot to their Age of the Gods Live Roulette is just a first step in the company's plan to use their ONE platform to create a completely new and unique experience. Thanks to the proprietary technology, Playtech is able to offer their partners new Live Roulette tables, where players can win not only by guessing correct numbers, sections, colors, etc., but also land one of four mystery jackpots on each spin.

That's exactly what happened for one lucky Casino.com player who triggered the Ultimate Power Jackpot, the highest of the four available tiers, winning £599,380. This is a life-changing amount for most people, but it was a particularly huge hit for the father of three, who couldn't believe his luck at first.

Big Plans in the Works

For Playtech, the omni-channel jackpot represents a great opportunity to market and popularize their Age of the Gods franchise even more. The ONE platform gives operators a chance to attract more players to the games by offering real-time incentives such as free spins and Golden Coins, the free spins alternative for roulette players.

As Shimon Akad, Playtech's COO explained, the instant popularity of the Age of the Gods omni-channel product is a proof that the company has managed to create something that players want, which also translates into increased traffic across the traditional and live casino for all the partners. The company expects Age of the Gods franchise to continue going strong in the upcoming period, with more big jackpots being awarded in the following weeks and months.