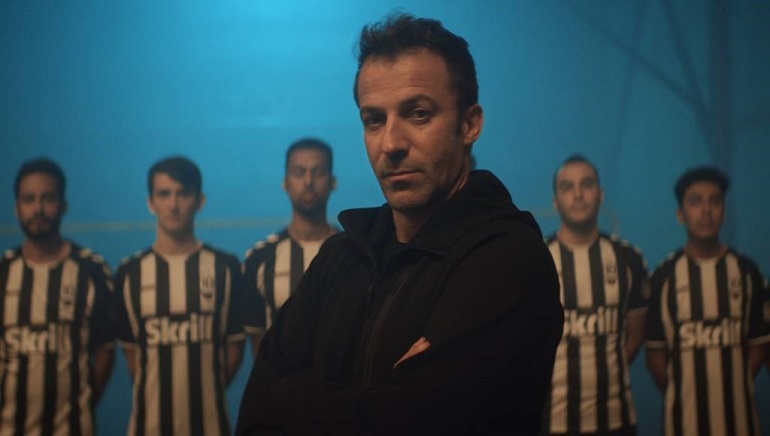 Los Angeles-based LA10 Football Club has a new sponsor, as Skrill has reached an agreement with its partial owner, the former football player Alessandro Del Piero. The Italian superstar backs the newly formed club and in the wake of this agreement, the digital wallet provider will become their main sponsor. The company will benefit from the exposure, as it tries to consolidate its presence on both sides of the Atlantic.

LA10 and Skrill have worked together to come up with an original team jersey, that clearly displays the Skrill logo. The team enjoyed a meteoric rise since its creation and is yet to lose a match in the United Premier Soccer League. Alessandro Del Piero partially owns the club and he has worked closely with the digital wallet provider since 2018. Under these circumstances, the newly signed agreement made perfect sense and it is expected to benefit both parties.

Skrill was founded back in 2001 and today it enjoys a global reach that allows it to promote the UPSL football club internationally. The sponsorship deal represents an important milestone for the digital wallet and a major marketing investment in North America. It will bring them the enhanced exposure they need to attract new customers and help them discover the advantages of using a fast e-wallet.

LA10 is a brand-new football club competing in a lower-profile US football league, but Alessandro Del Piero is a worldwide famous football player. He is committed to promoting football Los Angeles and this team is supposed to act as a springboard for young and talented players. Skrill has its headquarters based in London, but the company has offices all over the world and it is one of the leading global companies providing end-to-end payment solutions.