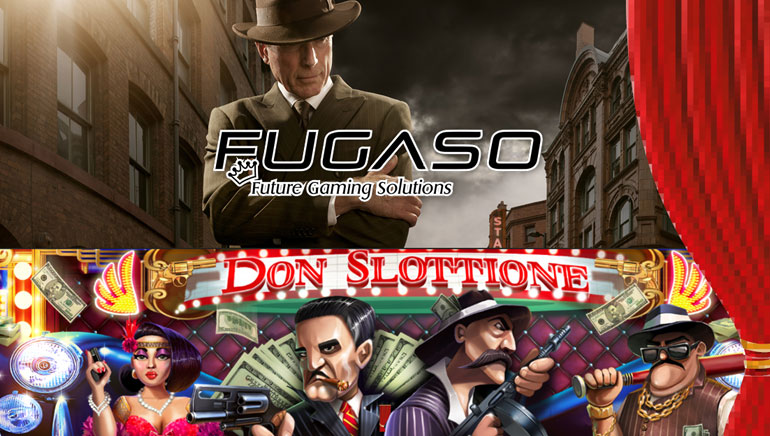 The new video slot is the new Godfather for the reels with an incredible storyline and exciting gameplay.

Fugaso, one of the most creative developers of iGaming content has released a brand new slot that will take you back to the mafia days of the 1920s. Don Slottione is a jazzy little number that puts players in a world of mayhem wherein gangsters, cigars, whiskey, cash, showgirls, and the Slotfather - Don Slottione fill the reels.

The game features free spins and special bonuses like Sticky Wilds and Multipliers.

The reels are set on a dangerous back alley where a beautiful showgirl welcomes you, martini in hand to spin the reels. Don Slottione himself plays the important role of the Scatter symbol, wielding a gun with a wad of cash behind him. If three or more of the Scatter symbols land, it will trigger the Free Spins feature.

The value of the symbols on the reels is set up like the hierarchy of a mafia family. There are two high-value symbols on the reels, the Dons' Lady and his second in command. Each of these pays up to 250 coins per line win. The medium value symbols are his Henchmen and his glass of whiskey and his cigar, his cash, and his car. The lowest value symbols are the basic Ace card symbols - hearts, diamonds, clubs, and spades. Finally, there is a Wild multiplier symbol that looks like a slot machine that spins in it itself to display the random multiplier.

The game looks incredible with stunning graphics and exciting gameplay. You will really feel like you in another era with the likes of Al Capone, Meir Lansky, and other mob boss families. The game also sets the tone with a wonderful Jazz music soundtrack that provides a relaxing vibe amidst the craziness an action-packed adventure that Don Slottione has in store.

This game is available at top-rated online casinos that run Fugaso software.